The meeting started with Torin McCormack of the Roseau River Watershed District requesting a letter of support for a comprehensive assessment of the Lost River State forest and Arpin Ditch areas, looking at the impact of current drainage and potential impacts of storing water on public lands in order to control drainage from the Lost River State Forest. The board voted unanimously to support the assessment project, allowing the Watershed District to submit applications for grant funding to complete the report.

The Lake of the Woods Chapter of the Ruffed Grouse Society was granted an exemption permit for their May 3 raffle at Springsteel Resort.

Commissioners Swanson and Falk were appointed to the Labor Negotiations Committee.

Commissioner Horner was appointed to the Courthouse Security Ad-Hoc Committee.

Monsrud also informed the board of the need for a “Notice of Intent” to classify, or re-classify, tax-forfeited lands. The notice must be approved at least 60 days prior to classification. The Board approved of the notice and set June 11 as the classification date.

County Engineer Brian Ketring requested a resolution to give the highway department the authority to go through an application process for an easement of just over 3 acres from the Department of Natural Resources for the county road nine reconstruction project. The right-of-way was originally leased for one year during initial construction in 1968. The resolution was unanimously approved.

A lengthy topic of discussion was regarding removing, retaining, or modifying the current culvert under county road 139 near it’s junction with county road 10. After nearly an hour of discussion and public input Wicklund made a motion to remove the culvert, requiring a reversal of the prior action by the board, stating “the original action was unnecessary or the issue it sought to remedy was speculative or unfounded.”  The motion was seconded by Walker, and passed unanimously. 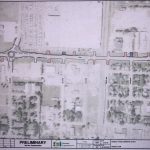