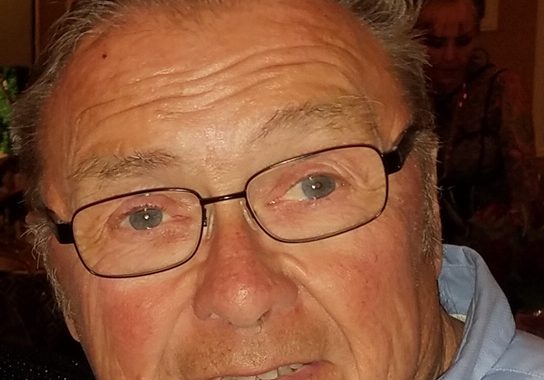 Funeral services for Rick Hetteen of Roseau will be held on Friday, July 19, at 11:00 a.m. at the Roseau Community Church. Visitation will be from 5:00 – 7:00 pm on Thursday, with a 7:00 prayer service, at Helgeson Funeral Home in Roseau and one hour prior to the service. Interment will be at the Malung cemetery.  In lieu of flowers, memorials are preferred to the Roseau Diabetes Center, in care of LifeCare Medical Center in Roseau.

Richard Alan Hetteen was born in Roseau, Minnesota on November 19, 1945 to Robert and Carol (Nelson) Hetteen. He attended the Malung School through eighth grade and graduated from Roseau High School in 1963. In his high school years, he helped Jon Miller out at his sheep farm. He went to Grand Rapids Technical College for two years for a welding degree and worked at Polaris in welding for a short time. He served in the Seabees in Vietnam from 1966 to 1967. Upon his return to Roseau, he worked at the Northwest Angle with the Comstock’s hauling pulp. After a short time, he started working at Roseau Transport and North Star Transport and drove over the road truck until he was named Shop Manager. He held that position until 1977 when he started Hetteen Trucking. He only had a few trucks for the first few years. In 1979, he added a partner, Quentin Grittner, and the business became R & Q Trucking. In 1989 he bought out Quentin and became the sole owner of the company. He continued in that position until the time of his death. During his time running the company, he met many people who became great friends over the years. He was mentored by a few and he in turn has mentored many others over the years. He was a true friend to many and never said an unkind word about anyone. He was true to his family, friends and faith.

On April 25, 1970 he was united in marriage to Pamela Gunderson. They have two children, Scott (Julie) and Cory (Jessica Samson and her son, Conner) of Roseau and grandchildren, Kaylee (Ryan) St. Germain and Laura Beito of Thief River Falls, and great grandchildren, Chase, Clare and Cady St. Germain.

He also ventured into other business propositions, the most recent being a partner in Sunset Lodge at Oak Island, Minnesota. After seven years of that team working on building a great resort, the decision was made to sell out. He was a very civic minded person and tried to help out wherever he could when something was needed. He was a member of the First United Lutheran Church, Masons, VFW, American Legion, Eagles and the Lake Havasu City, AZ, Elks Club.

The past fifteen years, he and Pam have spent their winters at their home in Lake Havasu City, AZ. During the summers they would spend time at their place in Malung and at the cabin on the Rainy River. They loved to travel around the country and went to Norway and Sweden where he was able to go to the home place of his great grandfather, Peder Hetteen.

Rick never met anyone he didn’t like. He could make friends with anyone and could learn so much by listening and not talking. He was a quiet gentle person with a heart of gold and will truly be missed.