Richard (Dick) Allen Jackson, age 88, of Roseau, MN, passed away peacefully on September 6, 2022 with his family at his bedside at LifeCare Roseau Manor. Dick was born to Carl and Helmi Jackson in Duluth, MN. He attended school in Duluth until his family moved to Roseau, MN in 1949. Dick graduated from Roseau High School in 1951 and graduated from Concordia College in Moorhead, MN four years later, earning a degree in business and economics.

Dick was married to Audrey Johnson of Roseau at Moe Lutheran Church on September 18, 1955. Their three children, Michael (Mike), Jean and Carlene were all born and raised in Roseau. Family was important in Dick’s life. He was a loving husband and caring father. Dick was a member of Moe Lutheran Church, and served the congregation in many capacities. His Christian faith was very important to him. After working with his father at Jackson Pontiac for a short time after college graduation, he became the owner of a Ford dealership at age 22, the youngest Ford dealer in the nation at the time. He and Audrey were in business in Roseau for 30 years.

Dick was involved in many civic activities. He was a member of Roseau Lions, served on the Roseau City Council and Roseau County Fair Board. He was a Roseau County Commissioner for many years and served on the Northwest MN Agassiz Health Board. After retiring as a Ford dealer, Dick began driving school bus for the Roseau Public Schools and also drove tractor for farmer, Steve Dahl. At the end of the school year, Dick treated his bus kids to ice cream treats on their ride home. Dick and Audrey built their retirement home on the Northwest Angle of Lake of the Woods. Cabin life was always a joy for the Jackson family, whether at Long Point or the Northwest Angle on Lake of the Woods.

Being an avid outdoorsman, Dick loved hunting and snowmobiling in Minnesota, and enjoyed fishing at the cabin or in Ontario, Canada. He and Audrey also spent winters in Gold Canyon, AZ, closer to daughter Carlene and grandsons Derek and Andy. He and Audrey hiked the foothills of the Superstition Mountains and Dick spent hours on his ATV while Audrey explored the many shopping malls in the Phoenix area.

After Audrey’s passing, Dick moved into Oak Crest Senior Housing in Roseau where he enjoyed the staff, residents and activities. He then moved into LifeCare Roseau Manor, where he often commented how well the staff treated him without complaint. Throughout his life, Dick was gracious, grateful and concerned for the well-being of others. Dick will be remembered for his sense of humor, living his faith and his love of family.

Dick’s celebration of life service will be held at Moe Lutheran Church of Roseau, MN on September 30, 2022 at 2:00 PM with visitation one hour prior to the service.

In lieu of flowers, the family suggests memorials to your favorite charity, to Oak Crest Senior Living, to LifeCare Roseau Manor activities fund, to Moe Lutheran Church or to Four Seasons Senior Center of Roseau, MN. 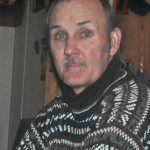 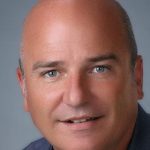