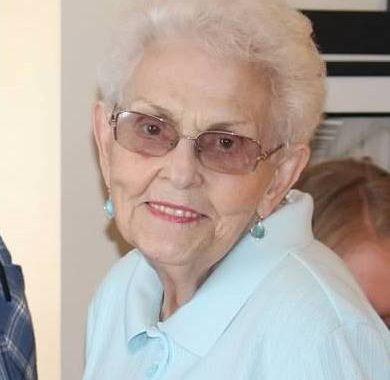 Funeral services for Mona T. Beyer of Baudette, MN will be held on Wednesday, August 7, 2019 at 2:00 PM at First Lutheran Church in Baudette, MN.  Interment will be at the Elm Park Cemetery, Veterans Section in Baudette.

Mona T. (Hooper) Beyer was born November 10th, 1931 in Pitt Minnesota to Milton & Ruth (Larson) Hooper.  The family moved to Baudette when she was 8 years old.  Mona attended Baudette School where she was a basketball cheerleader, played half-court basketball and enjoyed skating.

Mona worked outside of the home at times but was mostly a homemaker taking care of the children.  She also taught Sunday School for many years at the Wabanica Church.

In 1974, she married Wally Beyer.  Together they had David.  While Dave was in high school, they took in a foster child, Tracy Nelson who lived with them until graduation.

Mona enjoyed traveling and her and Wally took many trips to visit family and friends.  Mona was a fantastic cook and loved having people over to feed them!  She loved having a big garden and canning the vegetables.  She also loved flowers, planting many every year!

Mona was always on the go! She never missed an event or community function.

In her later years, she enjoyed the simple things in life like having coffee at Northlake Café, where she even had her “own” chair!

Mona had the kindest soul and was loved by all.  It didn’t matter who you were, she treated you like family.  Most of all, Mona loved all of her grandchildren and great grandchildren.  She was an adoring, loving grandma. 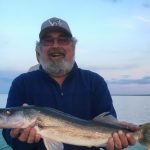 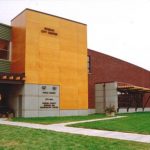