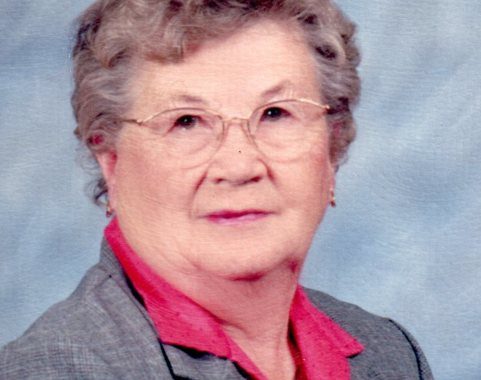 Memorial services for Marion Carlson of rural Roseau will be held on Monday, March 18, 2019 at 11:00 AM at Helgeson Funeral Home in Roseau.  Visitation will be one hour prior to the service.  Interment will be at the Pine Grove Cemetery at a later date.

Marion and family lived on the farm until she was seven years old, after which her parents bought and operated the Pencer Store.  Marion attended the Pencer school grades 1-8, later attending high school in Roseau.  Marion married John M. Carlson also of Pencer on June 15, 1945.  They celebrated 54 years of marriage until her husband John passed away on August 1, 1999.  John and Marion purchased a farm in Mickinock Township in 1947 and farmed most of their lives with exception of spending 3 years in Hoyt Lakes, Minnesota where John worked for Erie Mining Company.

Marion had many hobbies.  She was an avid gardener, always planting a huge garden and either canned or froze the produce.  Within the garden in addition to the many vegetables she had lots of flowers.  Her favorite were gladiolas.  She also had lots of raspberries and strawberries, often sharing with family and friends.  Marion was a very good seamstress, spare moments often in the evening and during the winter months she was at the sewing machine.  Her family of four children, and grandchildren had lots of hand sewn clothes.  Marion enjoyed sewing, knitting and needle work until she lost her eyesight to macular degeneration.  Marion was a very good cook and did lots of baking for family and often times for her church functions.  Marion was very faithful to her church, Pine Grove Lutheran. She was active in the various ladies aid functions of the church and her life was a testament to her faith.  Marion helped with the many physical activities associated with grain and livestock farming.  Marion worked about 10 years for Northern Upholstery owned by Allen and Gertie Hetteen of Roseau.  In addition after her husband John passed away, she continued to live on the family farm and volunteered as a “Grandma” at the Wannaska elementary school for approximately 7 years.  It gave her great joy to offer a helping hand to a youngster that needed assistance reading, putting boots on, or was in need of a friendly hug.

Marion loved her family, always caring, concerned and supportive.  She was a soft spoken person, very kind and gentle, a wonderful mother; always wanting the best for her family, wanting them to be the best they could be.  Surviving Marion are two sons and a daughter:  Dale (Marla) Carlson of East Grand Forks, Dean (Carla) Roseau, Joan from Moorhead.  Surviving grandchildren Eric, Gina, Christopher, Rachel, Matthew, Myles; great-grandchildren Ruthie, Evan, Hudsen, Hensley, Teigen and Rhees; siblings, Donna Peterson Roseau, Kenneth Wicklund Faribault and Gary Wicklund Minneapolis.  She is preceded in death by her loving husband John; her parents, Robert and Esther; and a son, Miles.