FOUR BODIES… A MAN, WOMAN, INFANT, AND ADOLESCENT BOY, WERE FOUND YESTERDAY AFTERNOON NEAR EMERSON, MANITOBA, LOCATED JUST ON THE CANADIAN SIDE OF THE PEMBINA BORDER CROSSING. A FLORIDA MAN HAS BEEN CHARGED WITH HUMAN SMUGGLING IN RELATION TO THE INCIDENT. IT APPEARS THE VICTIMS HAD CROSSED THE BORDER WITH A LARGER GROUP, EXPECTING THAT THEY WOULD BE PICKED UP BY ARRANGED VEHICLE. THE FOUR BECAME SEPARATED FROM THE GROUP. OFFICIALS SAY THEY DIED FROM EXPOSURE TO THE ELEMENTS.

THE NORTHWEST ANGLE ICE ROAD WAS FORCED TO CLOSE YESTERDAY DUE TO NEW PRESSURE RIDGES THAT DEVELOPED AND THEY ARE LOOKING TO RE-ROUTE THE ROAD. AS OF THIS MORNING, THE ROAD REMAINS CLOSED. THEY SAID THEY WILL UPDATE VIA THEIR FACEBOOK PAGE ONCE THEY HAVE NEWS.

THE UPCOMING ROSEAU-WARROAD HOCKEY GAME AT GARDENS ARENA ON JANUARY 25 WILL ALSO SERVE AS A FUNDRAISER FOR DRYDEN THOMPSON, WHO WAS DIAGNOSED WITH WEST NILE VIRUS IN AUGUST AND IS CURRENTLY FIGHTING THAT AT A DENVER HOSPITAL. A STORY WRITTEN BY LAUREL LATHAM ABOUT DRYDEN WAS IN THIS PAST WEEK’S ROSEAU TIMES REGION.

A BENEFIT FOR ROSEAU’S JEFF BENNETT WILL BE FEBRUARY 3 AT THE ROSEAU CITY CENTER, WITH A MEATBALL SUPPER AND OTHER FUNDRAISING ACTIVITIES. JEFF IS BATTLING STAGE 4 PANCREATIC CANCER.

THE ROSEAU ONE-ACT PLAY WILL GIVE A PUBLIC PERFORMANCE OF THEIR PLAY “THE GIRL IN THE MIRROR” ON THURSDAY, JANUARY 27 IN THE SCHOOL THEATER. THERE IS NO ADMISSION BUT A FREEWILL OFFERING WILL BE TAKEN. THE PLAY DOES FEATURE SOME SENSITIVE TOPICS APPROPRIATE FOR A MORE MATURE AUDIENCE.

THE NEW ROSEAU HIGH SCHOOL GYMNASIUM WILL HAVE GRAND OPENING ON FRIDAY, JANUARY 28TH, HOSTING A RAMS BASKETBALL DOUBLE HEADER. THOSE GAMES WILL BE FREE ADMISSION FOR ALL WHO WOULD LIKE TO COME AND SEE THE NEW FACILITY.

Minnesota households could be eligible for up to $350 direct payments, and front-line workers that stayed on the job during the pandemic could receive an extra $1,500 this year, under a plan that Gov. Tim Walz put forth Thursday, Jan. 20. said Minnesotans should benefit from the state’s $7.75 billion budget surplus. And as part of his plan for the funds, more than $4 billion would go toward direct payments, worker recruitment and retention programs, grants for farmers and broadband expansion. Republicans, who control the Senate, and Democrats, who lead the House of Representatives, are set to unveil their priorities for the budget surplus over the next week.

Enbridge Energy said it has stopped the flow of spilled artesian groundwater that began a year ago when workers installing the Line 3 oil pipeline in northwestern Minnesota punctured an aquifer. The spill near Enbridge’s terminal in Clearbrook was one of the worst environmental accidents during construction of the 340-mile (547-kilometer) pipeline in Minnesota. Workers dug too deeply into the ground and the rupture resulted in a 24 million gallon groundwater leak. The DNR said it will monitor the repair and the investigation remains ongoing.

Hundreds of Minnesotans are taking advantage of the state’s offer to cover the cost of training to become a certified nursing assistant. The state has used $3.5 million in federal relief funding to pay for students’ tuition, textbooks and certification exams in hopes of alleviating staffing shortages in long-term care facilities and veterans’ homes during the coronavirus pandemic. More than 500 Minnesotans have enrolled in state training programs offered through the Minnesota State college system and HeartCert, a private provider. 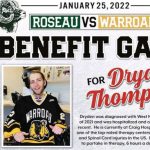