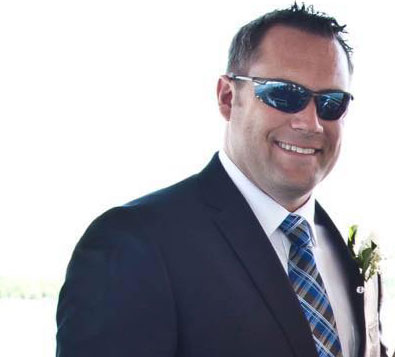 WARROAD, Minn. – April 23, 2019 — What began as a conversation at the Discovery and Development Hub and in conjunction with Warroad Community Development discussions in the fall 2018 is now turning into a reality.

A new hotel development project is advancing and follows the soon-to-open Lake of the Woods Brewing Company later this spring.  Both projects are the result of local entrepreneurs investing in the revitalization of the Warroad area community.

Local entrepreneurs, Drew Parsley [pictured] of Warroad and Jon Waibel of Baudette, reached out to hotel developer, Jeff Jasperson of JLJ Management, LLC for guidance and support in initiating a new hotel property in Warroad.

“When the phone rang, and it was Drew explaining he wanted to build a hotel in the area, it was clear he was serious,” said Jasperson. “His initial descriptions included sensitivity to current lodging, enhancing the business community, underutilization of the lake’s natural resources, attracting hockey tournaments to improving quality of life in Warroad and ultimately, the growth and sustainability of Warroad’s economy.”  During the call, Drew explained, “As an entrepreneur and farmer I’m always observing and looking for opportunities to make a positive impact.”

What’s more is Jon and Drew both grew up in northern Minnesota.  It’s home.  It’s where they’ve chosen to build their lives and raise their families.

Parsley and Waibel have established WHD, LLC, and together with JLJ Management, are in the process of developing a unique hotel destination project in Warroad to serve the Lake of the Woods region.

Following research and completion of a necessary feasibility study of area tourism trends, it became clear that the Warroad area is well positioned for an additional hotel serving the mid to upper scale clientele.

The concept hotel is a midscale 4-story, nationally recognized brand that includes an expansive open ceiling lobby, large breakfast area, enlarged pool, state of the art audio visual systems among other unique guest experience amenities to be determined as design and costs are considered. The hotel group is exploring the viability of a parcel of land on the northeast corner of the former elementary school property.  Details remain pending.

Jasperson shared that it’s been proven that with the introduction of a hotel facility in smaller resort towns in the Greater North Region of Minnesota, the respective community will attract additional business meetings as well as sporting and tourism visits that would normally not stay in the region. Another residual benefit of developing a major hotel brand in a smaller market is that it can spur additional business attraction and grow a small economy exponentially.  A recent example is the October 30, 2018 ground breaking of the Cantilery Hotel and Distillery in Rainer, MN – also being developed by JLJ Management, LLC.

Both Jon and Drew became excited about Warroad because of the Warroad Community Development planning team efforts led by Cyndy Renfrow and in partnership with the City of Warroad. 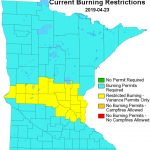 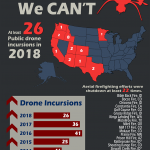 Next Story:
Drop the drone during fire season