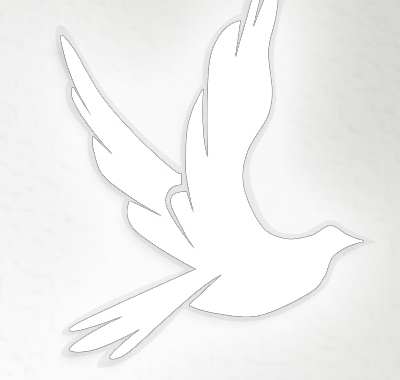 Janice LaRaine (Eilertson) Branden, long-time resident of Greenbush, Minn., who most recently resided in Warroad, Minn., passed away on the evening of April 19, 2019, at the age of 82, surrounded by family at the Warroad Senior Living Center in Warroad, Minn.

Janice, who was known by family as Dolly, was born in rural Audubon, Minn., to Lloyd and Cora (Haugen) Eilertson on December 1, 1936.  She was baptized in the Lutheran faith and grew up on a farm where her love of animals, the outdoors, and gardening was fostered.  During their elementary school years, she and her brothers attended a one-room schoolhouse, where she enjoyed playing games with the other students and developed a fondness for her brother’s friend LaMoyne.  In later years, LaMoyne and Janice dated while attending Audubon High School.  Janice graduated in 1954 and attended a secretarial program at Dakota Business College.  Upon completion of the program, she began working in the business office of a car dealership in Moorhead, Minn.  Janice and LaMoyne were married on November 25, 1956, at First Lutheran Church in Audubon, Minn., after LaMoyne returned from two years’ service in the United States Army.  While LaMoyne attended Moorhead State College, Janice continued to work until their first child was born in 1960.  That fall, they moved to Greenbush, Minn., where LaMoyne worked as a high school teacher.  Janice was at home with their children until their youngest attended first grade.  She then began working as a teacher’s aide in the kindergarten classroom at Greenbush Public School, where she enjoyed working with young students for many years.  Later, she accepted a secretarial position in the superintendent’s office at the high school.  In that position, Janice knew every student in the school and was actively involved in assisting school administration and coordinating school activities until she retired in 1999.  She was also very active in the Bethel Lutheran Church congregation, serving in the Altar Guild and Bethel Lutheran Church Women, teaching Bible school, and maintaining the church archives.  Janice loved visiting and having coffee with friends, gardening, sewing, cultivating flowers, decorating her home for the holidays, and most of all, spending time with her family.

Janice and LaMoyne have three children: Lori (Brian) Schaible of Warroad, Minn., Jason (Tammy) Branden of Moorhead, Minn., and Lisa (Russell) Wicklund of Forest Lake, Minn.  Their four grandchildren are Lucas (Alissa) Schaible, Kelly (Mark) Schaible Thiele, Kimberly Schaible, and Russell C. Wicklund.  Their three great-grandchildren are Lena Grace Schaible, Gerhardt Branden Schaible, and Annabelle LaRaine Schaible.  Janice was preceded in death by her husband, her parents, and her brother Leo Eilertson.  She is survived by her children, grandchildren, and great-grandchildren, her brother, Duane “Dewey” Eilertson, her sister-in-law Carol Haukedahl, and many nieces and nephews.