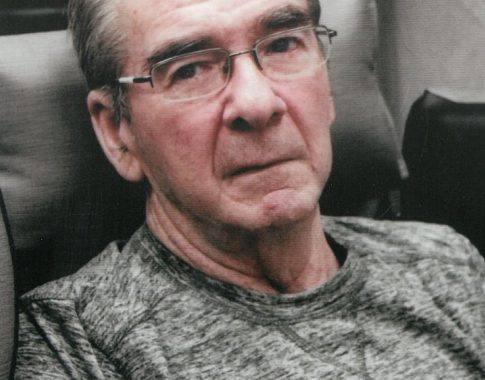 George was born at the Roseau Hospital in Roseau, MN on November 7, 1948, to Vernon and Ione Ganyo. He grew up in Warroad, MN and was an excellent athlete and a real stand out in ice hockey. He graduated in 1966 from Warroad High School and went to Bemidji State for two years. He is in the Bemidji State Hall of Fame for hockey.

He fell in love with his future wife Barbara Thompson from California in 1967 when she and her family were in Warroad on a summer vacation. They had a two-year long-distance love affair and were married June 28, 1969. George was drafted August 21, 1969 and spent the next two years in the Army serving his country. His final assignment was at Fort Hancock, New Jersey where he was assigned to The Army Signal Corp/New York Philadelphia Air Defense.

After the service George and Barb returned to the Cities and George went to work for Associates Financial Services. Associates transferred him to Milwaukee where his son Britton was born on August 6, 1975. His next transfer took the family to Anaheim, California in December of 1976. George declared he was never leaving California and he did not for 29 years. During those years he owned a successful business in Sacramento for 17 years and only sold it when the downturn in construction and the economy started in 2004.

George’s life was full and joyous! He loved his family and he, Barb, and Britt became involved in Sacramento Area Special Olympics. They started a team “The Champs” that traveled all over the state for tournaments and practiced for months every year. He was certified in skiing, bowling, golf, softball, track, and basketball. For five years he and some business associates put on the areas most successful fund raiser events, Monte Carlo nights. He earned and received The Volunteer of the Year Award. George had hundreds of friends and it seemed like anywhere we went someone would call out “Coach” and there would be one of his very special friends.

Another love was traveling whether on a picnic, a day trip or a true adventure anywhere in California or surrounding states. A real treat was when his Minnesota family would visit us and go on adventures with us. He was always so giving of his love and time. He was also so fun and kind.

In 2006 George’s work in California transferred him to Florida. The family now, including Barb’s father, lived in Pensacola for three years and then moved to Warroad to be with George’s dad Vern and sister Pat.

George spent three wonderful years with his father until Vern passed away in 2012 at the age of 91.

During his years in Warroad, he worked for a year at Polaris and five years at Doug’s Grocery Store. No matter where he was, he made lasting friends and always showed kindness and respect. He retired from Doug’s in 2016 because of because of early onset Alzheimer’s. In 2015 when he was diagnosed with it, he promised Barb that he would fight every step of the way and he did! He recognized and loved Barb and Britt right up until his last days. George entered Warroad Senior Living Center on January 4, 2018.

We want to thank the WSLC for taking such wonderful care of George and making Britt and Barb part of their family. A Special thanks to all the nurses, care givers, household staff, food preparers in Pine Island and Birch Beach. We also want to thank our families for all the help and support over the last couple of years. We need to thank Wayne Larson and Jon Maunu who thought of George as a brother and were there for him through out his struggles with Alzheimer’s. Also love and thanks to Gene Bell, George’s long-time friend and from his Army days for making the trip from Florida numerous times to see his “Buddy”. We need to thank the wonderful people of Warroad and all the businesses that have shown such kindness and concern for Britt and Barb over the last four years. There is a reason that our family’s path led us here for this time in our lives. A special thank you to Chuck and Steve and the Doug’s crew who always treated George with respect especially over his last year of working there. We also thank you for helping our family with two difficult moves. Our love and thanks to our families! Patty Grover, Rick and Marg Ganyo and their families, you are wonderful and cherished. Debbie and Bob Storey and their family, you are always there for George, Britt, and I. You are amazing! Thank you to Nick and Helgeson’s for helping us through these last days of difficult decisions, with patience, comfort, and grace. 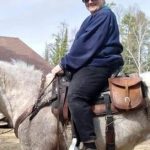 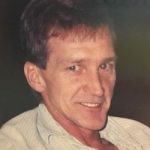