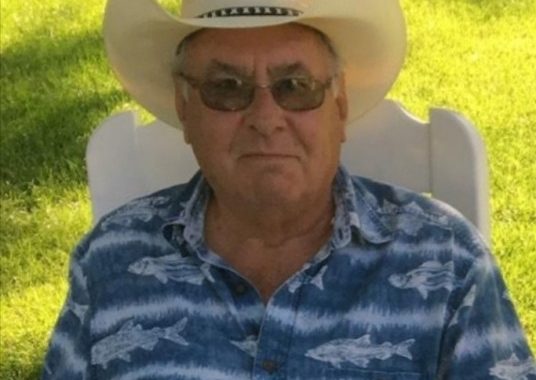 A Memorial Visitation will be held for Dennis L. Bachand of Warroad, MN on Thursday, July 18, 2019 from 4-6 PM at Helgeson Funeral Home in Warroad, MN.

Dennis Lindsay Bachand was born May 7, 1945 in Vallejo, CA to Victor and Elvira (Flatland) Bachand. The family moved back to Walhalla, ND when Dennis was just a baby and that is where he grew up and graduated from. After graduation he joined the National Guard and also met his sweetheart Helen McMillan to whom he was married on August 9, 1968. They made their home in Cavalier, ND along with their three children. Dennis held different jobs during their time in Cavalier including the Cavalier Chronicle newspaper, carpentry, and owned the Cavalier Dry Cleaners. He also played guitar in a country-western band “The Westernaires” for 25 years until he moved his family to Warroad, MN in 1986 and began his career and Marvin Windows, where he worked until he retired in 2002. In retirement he kept busy woodworking, gardening, canning his famous pickles, and enjoying his grandchildren.