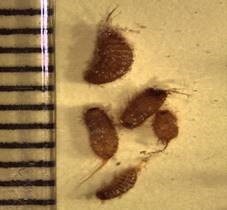 CBP Agriculture Specialists discovered harmful pests in a person-to-person shipment manifested as food, clothes and spices from Kuwait.  The specimen was submitted to the United States Department of Agriculture regional laboratory for testing and identification.  On April 10, the USDA entomologist identified the pest as Trogoderma granarium Everts (Khapra Beetle).The whole shipment was seized and destroyed to prevent an infestation of the pest.

“The Khapra beetle is a dangerous pest to American agriculture,” said CBP Area Port Director Jason Schmelz.  “This discovery is an excellent example of how dedicated our Agriculture Specialists are in protecting our Nation’s crops and food supply.”

The Khapra beetle is an extremely serious threat to grain and other stored products.  This pest has been discovered in a variety of packaging material such as burlap bags, corrugated boxes and also in animal hides.  Native to India, the Khapra beetle has spread to other countries in Africa, the Middle East, the Near East, pockets of Europe and Eastern Asia.  The Khapra beetle is considered one of the world’s most destructive pests of grain products and seeds. 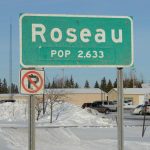 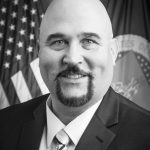 Next Story:
On Farms and Ranches, Every Day Is Earth Day