Lake, Local News, WiLD 102WHEN WILL THE SHINERS RUN? 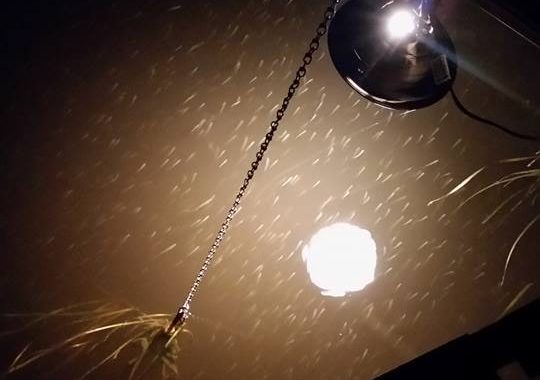 WHEN WILL THE SHINERS RUN?

If you like fall fishing for walleyes, perhaps you have heard something about shiners running on the Rainy River.  It is a tradition for anglers that is, well, just special.

Fall in MN is an incredible season all by itself.  “Sweatshirt weather” as some call it features the changing colors of the leaves, the migration of birds coming from the north and in these parts, the shiner and great walleye fishing on the Rainy River.

When will the shiner run start?  Has it started some?  With the colder nights and warmer days, Mother Nature has a way of kicking things into gear.  Was it any surprise there were a number of boats starting to fish Four Mile Bay and the mouth of the Rainy River this week?  Every year, it seems you hear a couple of weeks after the fact of the good early fall bite.  Hmmmmm.

Check out this weather forecast!  With some colder nights, many think that will get things rolling, if they are not rolling already. It’s a fall tradition for many.  Coming to the Rainy River to take advantage of the fall run of walleyes chasing the millions of emerald shiners running up the river.  Something about the leaves changing and the smell in the air.

Fall on the river is also a fun opportunity for those with smaller boats to access some of the best fall walleye fishing in the Midwest.  The river is small in comparison to the lake and even on windier days, there are plenty of twists and turns where a person can find a nice break out of the wind and jig for some fall gold.

If you chat with a resort owner or bait dealer, they talk about the shiners in terms of “gallons”.  This is the time of the year folks in the bait business really to stock up on the effective and popular bait that is used four seasons per year.  Emerald shiners are an awesome bait both alive and frozen.  These minnows are normally netted off the ends of docks with big lights at night.  When the shiners are running, literally huge schools of bait will swirl under the lights.  As we have seen over the past couple of weeks, walleyes and pike are often mixed in with these minnows. There has been a couple of good runs of shiners this fall so far.  Anglers are excited as some walleyes have started coming into Four Mile Bay and up the river.  Walleyes are being caught from the mouth of the river all the way up river to Birchdale.  These fish are a combination of local fish that live in the river along with the new walleyes coming in from the lake chasing the shiners.

Most anglers will go after these walleyes with a jig and minnow.  Often a frozen shiner is the bait of choice.  The shiners are a staple for Lake of the Woods walleyes, they are flashy and have a great stink to them in which the walleyes can hone into in the stained waters of this body of water.

Some anglers will actually pull crankbaits for these fish.  A few years ago on a nice fall afternoon while I was jigging up a few walleyes jigging, a couple of Ranger boats slid by me trolling.  The boats had Iowa boat licenses and were consistently catching walleyes as they approached.  In a kidding manner, I commented to them, “You can’t catch walleyes trolling now, the water is too cold.”  They smiled as they reeled in another fish, “Yeah, we know.  And so do the two trophy walleyes and dozens of other fish we caught today.  We actually target the Rainy River trolling each year as we have such good luck.”

Charter boat captains comment they can tell when a shiner run has entered the bay and river as they drive out in the morning, they can see clouds of bait on their electronics.  There is a ton of bait and walleyes staged in front of the Lighthouse Gap currently waiting to enter the river.  The entire south shore of the lake has had a good bite in 15-24′ of water depending upon the day.  This also bodes well for ice anglers for the upcoming ice season.  If the walleyes are along the south shore in the fall, they normally stick for the ice season.

Many anglers enjoy the small water experience of the river vs the big open water of Big Traverse Bay, especially if they have a smaller boat.  The river is a great asset for small boats.

As a bonus this year, the City of Baudette has installed floating docks which are available for public use at Willie Walleye Park on Baudette Bay.  Anglers fishing near Baudette will now have the option to tie up and slide up to the VFW or Main Street businesses for a sandwich, snacks and some shopping if they want a break.

Fall is a great time on Lake of the Woods and the Rainy River.  The fish are biting nicely.  A mix of walleyes, saugers, jumbo perch and pike are being caught on a consistent basis right now.  Fall is clipping along and now is a good time to get that last special fishing trip in. 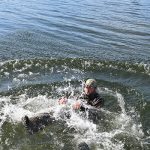 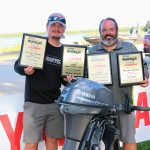 Next Story:
AIM WALLEYE MN CHAMPIONSHIP ON LAKE OF THE WOODS...