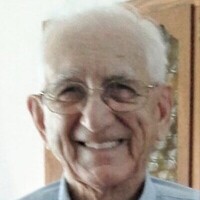 Vernon Bryron Skoglund, son of the late Mannie and Anne Skoglund, was born on August 28,1930 in Foldahl Township in Marshall County Minnesota. Vernon passed away at the age of 90,on the morning of October 15, 2020 at home in Middle River, surrounded by his loving family.

Vernon attended the Indian Ridge School in Foldahl Township starting in 1936 through his 8th grade school year. After 8th grade, Vernon began working on the family farm near Old Mill State Park. He was born with asthma and allergies and yet continued to feed cattle and sow’s, grind feed, farm cob corn and potatoes and do whatever was needed on the farm. As a child, Vernon enjoyed swimming at the river hole and once the Skoglund land was sold to the state, he swam in the swimming hole at the newly developed Old Mill State Park. He also began deer hunting at an early age and was an avid hunter until he was 87 years old. Vernon was baptized into the  Lutheran Faith, attended Middle River Lutheran Church in Argyle and was confirmed into the faith on November 12, 1944. Vernon’s faith was important to him throughout his life.

In 1951, Vernon was drafted into the military. He joined the Navy but did not pass the physical because of high blood pressure and asthma. He then was drafted in the Army during the Korean Conflict. On the 11th of February of 1952 he arrived at Fort Snelling and was sworn in on February 14th. Vernon completed his basic  training at Fort Riley, Kansas. In Chun Chon, Korea, he completed Radio School in the 40th Division Signal School. He learned Morse Code, voice recon, ground to air and how to set up radio and telephone patches, coding and decoding. Vernon always chuckled because he had an 8th grade education and the others had high school and college diploma’s. Vernon graduated on January 3, 1953 and reported to the 223rd Infantry division regiment 40th Infantry Division and was sent to the Punch Bowl in April of 1953. He was at Heartbreak Ridge when the truce between North and South Korea was signed on July 27, 1953. Vernon said it was so quiet it almost hurt their ears. Vernon was released from duty on December 9, 1953. Vernon served in active duty for 2 years and was in the reserves for an additional 6 years. He was very proud of his time in the service.

In 1955, Vernon moved to Milwaukee, Wisconsin where he met his future bride Madelyn Jesme. They were united in marriage on September 28, 1957 at Thief Lake Church. They made their home in Middle River, Minnesota and had 5 children:  Charles, Barry, Kim, Kari and Darcie who died as an infant in May of 1962. Vernon was a hard working man who worked with his brother Bob in     construction and then started his own business, Skoglund Construction.  He continued in this profession until he retired at the age of 62. Vernon enjoyed fishing with his Dad, sons and  family at Pine Island, Morris Point, Twin Rivers, and Long Point. Vernon enjoyed the quiet and peaceful time at the lake and on the water. After he retired he enjoyed restoring tractors, VW bugs, and Jeeps and spending time with his family.

Masks and social distancing are required. 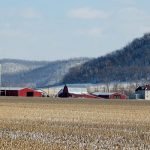