Seventy-seven more people have died from COVID-19 and nearly 5,200 more people have tested positive for the disease caused by the novel coronavirus, according to a Wednesday update from the Minnesota Department of Health.

The death toll from the virus is now at 3,692. Of those, 2,474 fatal cases involved residents of long-term care facilities, including 44 of the 77 newly reported deaths Tuesday.

The newly reported fatal cases include two people aged in their 30s: a person 35-39 from Stearns County and someone aged 35-39 from Hennepin County. Another fatal case involved a person in their 40s from Washington County. There were four other deaths of people under the age of 60.

The 5,192 positive results in Wednesday’s update were from a total of 42,737 completed tests, creating a daily test positivity rate of 12.15%.

Those completed tests were from 17,740 people. People are often tested more than once, so the test positivity rate when dividing positives by people tested is 29.27% today.

According to Johns Hopkins University, Minnesota’s percent positive over the past seven days is 10.65%. 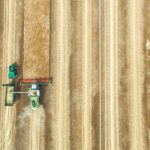 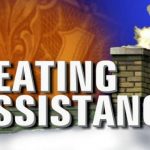