Tuesday’s COVID update from the Minnesota Department of Health includes 18 deaths and just over 1,600 new cases. Among the 18 newly reported deaths were three people in their 50s and one person aged 35-39, which marks the 41st COVID-related death of someone under the age of 40 in Minnesota.

Minnesota has yet to confirm either of the mutant variants of the coronavirus that are circulating in Europe and South Africa. The variant found in Europe has however been confirmed in multiple U.S. states in recent days.

Meanwhile, vaccination is happening in Minnesota. The state reported Tuesday that 80,857 people have been vaccinated with the Pfizer and Moderna vaccines through Jan. 2.

The 1,612 positive results in Tuesday’s update were from a total of 15,666 completed tests, creating a daily test positivity rate of 10.3%.

According to Johns Hopkins University, Minnesota’s test positivity rate over the past seven days is 6.68%, though the increase from 5.56% the previous report is partially due to a backlog of positive results being released on Monday. 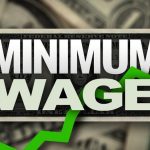 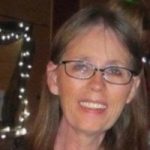