The newly reported deaths bring the state’s total to 6,106 over the course of the pandemic. Of those deaths, 63.5% (3,877) were residents of long-term care, including 1 of the 8 reported Tuesday.

Through Jan. 24, the state reported that 284,441 people have received at least 1 dose of the Pfizer or Moderna vaccine, while 67,567 people have completed both doses of vaccine that are required for the vaccines’ full effect. MDH has a public dashboard to track vaccine progress in Minnesota, and you can view it here.

The 727 positive results in Tuesday’s update were from a total of 10,929 completed tests, creating a daily test positivity rate of 6.65%.

According to Johns Hopkins University, Minnesota’s test positivity rate over the past seven days is 4.48%, making it one of the lowest rates in the country.

The World Health Organization recommends that a percent positive rate (total positives divided by total completed tests) of below 5% for at least two weeks is necessary to safely reopen the economy.

That 5% threshold is based on total positives divided by total tests. 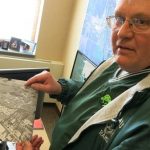 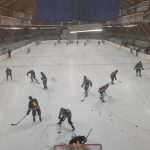