Thursday’s update includes 389 new positive tests for the coronavirus, eight of which have been removed for an official count of 381 new cases. Those positive cases are the result of 1,308 people tested, creating a 24-hour reporting period test positivity rate of 29.1%.

The positive test rate is lower from the perspective when the number of individuals producing positive tests (381) divided by total completed tests (7,903). In that case, the positivity rate is 4.82%.

The reason there are only approximately 1,300 people tested in Thursday’s report compared to nearly 8,000 tests completed is due to a backlog of completed tests being added to the numbers, MDH said.

The test positivity rate over a 7-day average, based on total number of people tested, according to Johns Hopkins University, was 8.97% as of Tuesday. Anything over 5% can indicate more aggressive community transmission, MDH officials say. 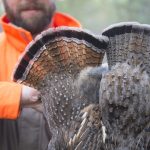 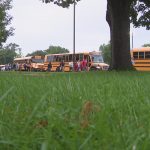