Minnesota’s COVID-19 death toll increased by 32, reaching 2,419 since the beginning of the coronavirus pandemic, according to Thursday’s update from the Minnesota Department of Health.

Of the dead, since the first fatal case was reported in March, 1,689 were residents of long-term care facilities, including 20 of the 32 included in Thursday’s update.

There were 2,872 positive tests reported Thursday, of which five were removed for an official total of 2,867 confirmed cases. The MDH reported 27,144 diagnostic PCR tests and an additional 625 antigen tests for a total of 27,769 completed tests.

Those tests were from 18,869 people tested. Patients are often tested multiple times, so the more accurate reading for test positivity rate is based on the total number of people tested, which today is 15.19%.

The positivity rate for Thursday when total cases is divided by total tests is 10.32%. Health experts say positivity rates need to be below the 5% mark to control the spread of the virus.

The number of people with COVID-19 who are currently hospitalized also increased again in Thursday’s report, with 173 people in intensive care (up from 166 Wednesday) and 694 COVID-19 patients in non-ICU beds, which represents a massive jump from 514 just 24 hours ago. Overall, the hospital totals jumped from 680 to 867 in one day. 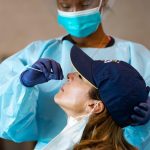 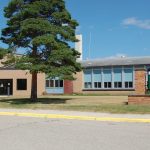