The latest figures from the Minnesota Department of Health show a further 19 people have died from COVID-19 and 1,100 more people have tested positive.

Under changes to data reporting introduced on Wednesday, MDH now includes “probable” deaths from COVID-19 in its total figure. This describes someone who has died from COVID-19 after testing positive via a rapid antigen COVID test, which is less accurate than the more common PCR test.

The latest figures show 19 total deaths, of which one is classed as a “probable” death as it was from a patient who was positive using the antigen test.

That brings Minnesota’s death toll to 2,199, of which 1,546 have occurred in long-term care settings.

To make matters more confusing, what was previously classed as a “probable” COVID-19 death – when a doctor is confident that their patient’s death was a result of the virus but they weren’t tested before they died – is now known as “non-laboratory confirmed” deaths. These deaths, of which there have been 53, are not included in Minnesota’s total death toll.

Nonetheless, the rate of deaths appears to be rising in Minnesota, with the 29 deaths reported Wednesday and the 19 on Thursday the highest numbers Minnesota has seen since June.

There were 1,169 positive tests reported on Thursday, of which six were removed for a total of 1,163 cases. Of these, 61 are considered “probable” cases as they used the antigen test.

The positive test rate is lower when the number of individuals producing positive tests (1,174) is divided by total completed tests (20,559), giving a positivity rate of 5.71%. 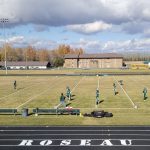 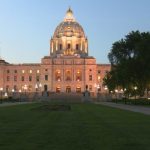