Thursday’s COVID update from the Minnesota Department of Health (MDH) includes 907 new cases and a total of 24 deaths.

The newly reported deaths bring the state’s total to 6,343 over the course of the pandemic. Of those deaths, 63% (3,996) were residents of long-term care, including 13 of the 24 reported Thursday.

One of the newly reported deaths was a person aged 35-39 from Anoka County. It’s the 26th death of someone in that age bracket. On Wednesday, the state reported the second COVID-related death of a child under the age of 10 in Minnesota.

Through Feb. 9, the state reported that 599,218 people have received at least 1 dose of the a COVID-19 vaccine while 177,239 people have completed both doses of vaccine that are required for the vaccines’ maximum effect.

The 907 positive results in Thursday’s update were from a total of 43,203 completed tests, creating a daily test positivity rate of 2.1%.

According to Johns Hopkins University, Minnesota’s test positivity rate over the past seven days is 3.46%, making it one of the lowest rates in the country. 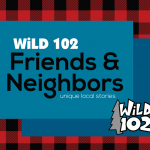 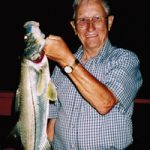