Minnesota’s Thursday COVID-19 update includes 89 more deaths, including two people aged in their 20s, according to the Minnesota Department of Health.

The young victims were from Ramsey and Rice counties, respectively. The person from Rice County was aged 20-24 while the person in Ramsey County was aged 25-29. It’s unclear if either person had underlying health conditions. Their deaths mark the ninth and 10th fatal cases involving Minnesotans in their 20s.

The 89 newly reported deaths brings the number of fatal COVID-19 cases in Minnesota during the pandemic to 4,198. Fifty-six of the 89 deaths were residents of long-term care facilities, which have accounted for 2,767 of the fatalities.

The state has reported 605 deaths through the first 10 days of December after reporting 1,140 fatal cases in November, which is far and away the deadliest month in Minnesota so far.

The 3,523 positive results in Thursday’s update were from a total of 41,499 completed tests, creating a daily test positivity rate of 8.49%.

According to Johns Hopkins University, Minnesota’s percent positive over the past seven days is 10.81%.

The 41,499 completed tests were from 13,416 people. People are often tested more than once, so the test positivity rate when dividing positives by people tested is 26.26% today. 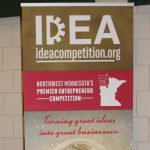 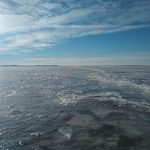