Minnesota’s death toll has reached 3,201 after a further 51 fatal cases from COVID-19 were reported Saturday by the state health department, in addition to more than 6,200 new laboratory-confirmed cases of the disease caused by the novel coronavirus.

November has been a very deadly month for COVID-19 in Minnesota, with 748 deaths reported in the first 21 days of the month. That’s 23% of the state’s total COVID-19 deaths – 3,201 – since the start of the pandemic. For perspective, there were 423 fatal cases in all of October and 696 in May, which was previously the state’s deadliest month of the pandemic.

Of the 51 newly reported deaths, 31 were residents of long-term care facilities, who have accounted for 68% (2,192) of all COVID-19 deaths in Minnesota.

The 6,265 positive results in Saturday’s update were from a total of 52,025 completed tests, creating a daily test positivity rate of 12.04%.

Those completed tests were from 17,686 people. People are often tested more than once, so the test positivity rate when dividing positives by people tested is 35.42% today.

According to Johns Hopkins University, Minnesota’s percent positive over the past seven days is 14.52%. 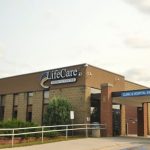 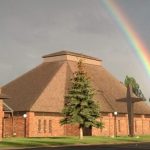