The newly reported deaths bring the state’s total to 6,098 over the course of the pandemic. Of those deaths, 63.5% (3,876) were residents of long-term care, including 1 of the 3 reported Monday.

Figures on Mondays and Tuesdays tend to be unusual compared to the rest of the week due to reporting lags over the weekend.

Meanwhile, through Jan. 22, the state reported that 266,985 people have received at least 1 dose of the Pfizer or Moderna vaccine, while 67,436 people have completed both doses of vaccine that are required for the vaccines’ full effect.

The B.1.1.7. variant of coronavirus that was first discovered in the United Kingdom has been found in Minnesota, with health officials so far confirming five cases of the variant in the Twin Cities metro area, but none further have been announced since early January.

The 794 positive results in Monday’s update were from a total of 21,382 completed tests, creating a daily test positivity rate of 3.71%.

According to Johns Hopkins University, Minnesota’s test positivity rate over the past seven days is 4.55%, making it one of the lowest rates in the country.

The World Health Organization recommends that a percent positive rate (total positives divided by total completed tests) of below 5% for at least two weeks is necessary to safely reopen the economy.

That 5% threshold is based on total positives divided by total tests. 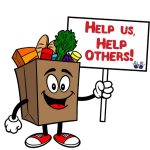 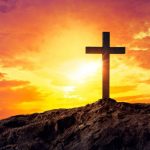