Forty-six more deaths and more than 5,500 new cases of COVID-19 have been reported Friday by the Minnesota Department Health as the outbreak of the disease caused by the novel coronavirus shows no signs of slowing.

One of the 46 newly reported deaths was a person aged 20-24 from Clay County in northwestern Minnesota. That patient is just the third person under the age of 25 to die from COVID-19 in Minnesota.

Thirty-three of the 46 newly reported deaths were residents of long-term care, which have accounted for 1,954 of the state’s 2,839 COVID-19 deaths since March.

The state has reported 382 deaths in the first 13 days of November compared to 423 in all of October.

Those completed tests were from 24,584 people. People are often tested more than once, so the test positivity rate when dividing positives by people tested is 22.58% today.

According to Johns Hopkins University, Minnesota’s percent positive over the past seven days is 14.42%. 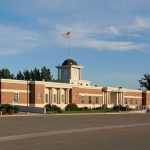 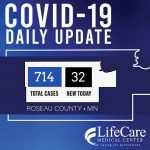