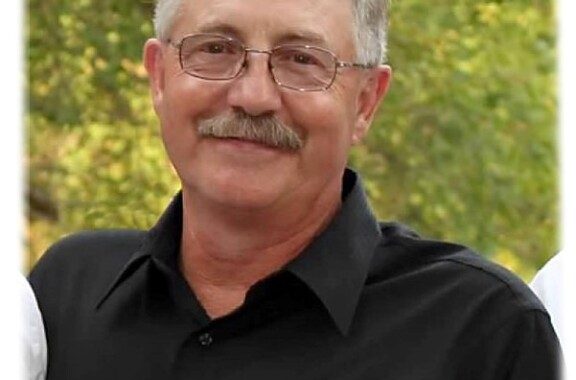 Terry Mac Howard passed away Friday morning, December 3rd, 2021 at Sanford Hospital in Fargo surrounded by his family. He had been battling metastatic melanoma for almost two years. He wanted that part of his life to remain private and as a family, we honored that request. We never thought for a moment that he wouldn’t beat the monster, cancer. Our faith tells us, he did.

Terry was born January 6, 1953 to Mac and Nelda Howard in Plainview, Texas. He grew up in various communities in Texas, graduating from Lockney High School. He never lost his southern drawl nor his love for his roots in the Lone Star state. He continued his education in Dallas, studying electronics and later in life, studying to be an Accountant.

After a long-distanced courtship, Terry married the love of his life, Carrie Jo (Eckman) on October 8, 1977 at Canyon Lake Methodist Church in Rapid City, SD and they have grown together for 44 years, sharing, working and loving the life they built. To this union, Joel, Justin, Jon and Caitlin were born. When the opportunity came to add to the family with Jared, Jennifer and Kimberly, it was Terry who declared they needed to grow up in a family with brothers and sisters and love. In December of 1991, Terry made sure that happened.

Terry moved to Strathcona MN in 1973 to work for his Uncle JR who had recently purchased “affordable land”. After his first trip to MN, he called and told Carrie Jo, “I have found the most beautiful place on earth” and he never stopped feeling that way. After marriage, Terry and Carrie Jo initially split their year between MN and TX but the draw of the north country eventually kept them here where they built their life and raised their family. Terry used to joke, “I wasn’t born here but I got here as fast as I could”. He loved the trees, he loved the land, but mostly, he loved the people.

Terry worked a variety of jobs over the years, but his real love was farming. His family always said, he had dirt in his veins. He relished in the wonder of every new crop, his and others, and the possibilities it held. He loved the fact this his children also loved the land and together they were always planning the next improvement.

In 2002, Terry and Carrie Jo purchased HomeTown Tax and Accounting in Strathcona where he’s worked with Carrie Jo until his passing. He flourished in his work and possessed great analytical skills. He loved the people he worked with and was so proud that his children worked with him. He was always a great mentor teaching, always teaching. His greatest strength as an Accountant though, was his care for his clients. Each, and every one was important to him.

Terry was passionate about his community and the responsibility to give back. He was a man of incredible faith who loved the Lord and witnessed that love in his actions and examples every day. He enjoyed his commitments to Bethel Lutheran Church, serving on the Church Council, teaching Sunday School, and working with the youth. He loved to tell people about chaperoning youth attending the National Youth Gathering. He was the Super Bowl Sub orchestrator, loved serving soup & sandwiches and Easter Sunrise Service. He loved the youth of his community and was an incredible example to them of someone who lived with Grace, kindness and humility.

Terry served as Township Clerk for the last many years and most recently, encouraged his family to become active in the re-organization of the Strathcona Community Club.

Terry’s greatest passion in life was his family. He was an incredible Dad who loved his children fiercely and was so proud of them. He loved every part of parenthood and was so appreciative of the time he spent with his adult children. His greatest regret was not having time for all of their activities when they were younger, and he worked hard to make sure he didn’t miss much with his grandchildren always yearning for a private conversation with each one. He loved being Papa, he loved taking them to breakfast, he loved watching them grow and was so very proud of them.

Terry’s constant support and guidance for Carrie Jo and his children will be his greatest legacy. He was a caretaker who made sure the people he loved were always well cared for. 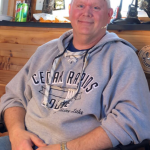