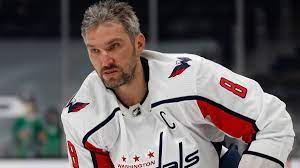 THE ROSEAU AMERICAN LEGION BASEBALL TEAM HAS QUALIFIED FOR THE STATE TOURNAMENT THAT BEGINS FRIDAY IN SACRED HEART, MN. THEIR FIRST GAME IS FRIDAY AFTERNOON AT 4:00 AGAINST HOLY FAMILY. THE BASEBALL TEAM IS HOSTING A FUNDRAISING MEAL THIS EVENING AT GILBERTSON FIELD. THEY’LL SERVE BURGER AND BRAT BASKETS WITH BEVERAGES BEGINNING AT 6:30 FOR A FREEWILL OFFERING. THERE WILL ALSO BE A SEND-OFF FOR THE TEAM, THURSDAY MORNING AT 7:30 AT GILBY.

Miguel Cabrera hit a run-scoring single in the 11th inning after Eric Haase tied the game with a grand slam in the top of the ninth as the Detroit Tigers beat the Minnesota Twins 6-5.

The Minnesota Vikings and assistant coach Rick Dennison have found a solution for him to remain with the club despite his unvaccinated status. Strict NFL protocols prohibit him from interacting with players. The 63-year-old Dennison will take a role as senior offensive advisor. He’ll do all of his collaboration with the staff virtually.

Washington Capitals left wing Alex Ovechkin has re-signed with the only NHL team he has ever played for, inking a five-year, $47.5 million deal. The 35-year-old Ovechkin is 164 goals shy of Wayne Gretzky’s all-time NHL record and needs to average 33 goals over the length of his new contract to break the mark.

GOALTENDER MARC ANDRE FLEURY, THE VEZINA TROPHY WINNER, HAS BEEN TRADED BY VEGAS TO CHICAGO. FLEURY’S AGENT SAYS HE STILL HAS NOT HEARD FROM ANYONE WITHIN THE KNIGHTS ORGANIZATION, AND THAT IT’S POSSIBLE FLEURY WILL OPT FOR RETIREMENT.

THE NBA ANNOUNCED THAT THE PLAY-IN TOURNAMENT WILL RETURN FOR NEXT SEASON. THAT WAS NEW INTRODUCTION THIS PAST SEASON, THAT ALLOWED FOR SEEDS 9 AND 10 AT THE END OF THE REGULAR SEASON TO COMPETE WITH THE 7TH AND 8TH SEEDS FOR AN OFFICIAL PLAYOFF SPOT. 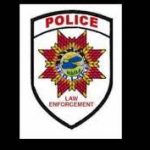 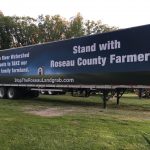