Thousands of ice anglers flock to Lake of the Woods every year.  As anglers make their way to the Walleye Capital, there are a variety of expectations that make for a successful trip.  In many cases, catching fish and having a fish fry are somewhere on the list.   Even though walleyes steal the conversations, summer saugers are often a part of this equation. Comedian Rodney Dangerfield coined the phrase, “I don’t get no respect.”  One of the fish that doesn’t get respect, yet day in and day out keeps anglers busy and fills buckets is the sauger.  This smaller cousin to the walleye is sometimes taken for granted.

When headed up to Lake of the Woods, many anglers’ focus is on the fish that has made LOW famous, the walleye.  There is one fish, however, that plays a nice part in the overall catch and fish frys.  Saugers play a big part in what makes Lake of the Woods such an enjoyable fishing destination. Although walleyes receive most of the attention, summer saugers play an important role in the overall fishing success on Lake of the Woods.  Saugers are fun to catch and swim the waters of Lake of the Woods in abundance.  More often than not, when you come for that epic walleye trip, saugers will be happy to pay you a visit! 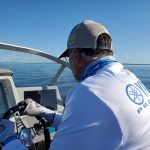 Previous Story:
ON THE WATER DECISIONS FOR SUMMER WALLEYES 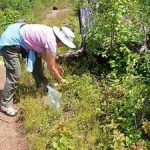 Next Story:
BEAUTIFUL BLUEBERRIES AT LAKE OF THE WOODS