A Service of Remembrance for Rock Hulst of Roseau, MN will be held on Tuesday, November 2, 2021 from 5-7PM with a 7PM prayer service at Helgeson Funeral Home in Roseau, MN.

Rock Hulst was born on June 4th, 1954, in Greenbush, MN to Clarence and Marlys (Saagge) Hulst. At the age of one year he moved in with his grandmother, Rose Hulst. He grew up in Roseau, MN and graduated from Roseau High School in 1973.

During his high school years he excelled at track and field. Participating from seventh grade through graduation. At the time he graduated high school he held the discus record at Roseau High School. He would go on to help coach a number of kids in the throwing events.

Rock worked construction out of high school until starting his 46 plus year career at Marvin Windows in Warroad, MN. He retired December 31, 2020.

Rock was united in marriage to Micky Jolly on June 8th, 1979 at Sacred Heart Catholic Church in Roseau. To this union, two sons were born; William and David.

He was known by many names, Dad, Pebbles, favorite uncle, Uncle Ho-Ho, “You Shit”, Bad Santa, Santa, Sasquatch and most recently grandpa which he was the most proud of.

Rock was always willing to lend a helping hand. From helping shingle houses, building playhouses, or installing windows and doors for family and friends. He enjoyed hunting and introduced the sport to his sons. For many years, he and his sons would go road hunting for deer and grouse. Rock enjoyed all sports especially track and field, attending Roseau Ram Hockey games, and cheering on his favorite NFL team the Raiders. He enjoyed taking his sons to dirt track races around the area. He liked playing cards, dancing, pulling pranks and going to rodeos. He followed his two son’s high school academic & athletic careers with great pride.

Rock is survived by his loving wife of 42 years, Micky; his children William (Justine) of Roseau, David (Paige) of Duluth; granddaughter Adeline; siblings Joslyn (Wendell) Krozka of Roosevelt, Jeff (Sally) of Roseau, Janet Hulst of Roseau and many nieces and nephews.

He is preceded in death by his parents; maternal and paternal grandparents; sister Grace Qualey and nephew Derek Hulst. 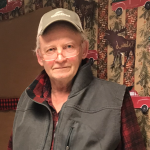 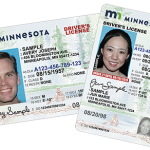