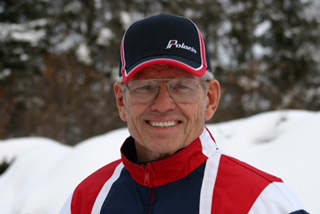 Private funeral services for Robert “Bob” Eastman of Roseau, MN will be held.  A recording of the funeral services will be posted on this site at a later date.  The family encourages messages on the tribute wall.

Robert (Bob) Alan Eastman was born October 18, 1941, to a school teacher, Leona (Hiebert) and a farmer, Dan Eastman, from Cavalier, North Dakota. Leona and Dan were intellectual, musical, yet quiet, gracious, and humble. Growing up on the family farm just west of Cavalier, Bob’s passion in life was farming. As a youth, he worked hard on his father’s farm, as well as for area farmers, Oliver Johnson and Buddy Vivatson. After graduation from the Northwest School of Agriculture in Crookston, MN, he enlisted in the North Dakota National Guard, Unit No 957, located in Cavalier, ND. He remained as an active guard member until his honorable discharge in 1964.

On February 18, 1961, Bob married Bonita (Bonnie) Hites of Roseau, Minnesota. They shared two children together: Penny Marie and Rodney Alan. After battling with a lengthy illness, Bonnie passed in March of 2001. Bob recovered from the loss and eventually married Karolyn Erickson of Roseau, MN. Karolyn and Bob have been inseparable ever since.

In 1960, Bob began his career at Polaris Industries and became deep-rooted with devotion and dedication to the work he loved. Originally a welder for Polaris, he soon began testing snowmobiles and racing, leading to his race winning achievements in the 1960’s and 70’s. His riding skills served him well in early cross-country racing, where he helped establish Polaris models such as the Mustang, Colt, and TX series snowmobiles as winning machines. In 1969, Bob was promoted to Polaris Racing Director.

Bob’s tremendous success in cross-country and oval track racing won him some major titles in North American snowmobile racing, including the Eagle River World Championship in 1973, and the Kawartha Cup in Peterborough, Ontario. Bob also was a four-time champion in the Hodag 50 in Rhinelander, WI. Known as a fiercely competitive racer, Bob also remained humble in victory, earning him the name throughout the racing world, “Gentleman Bob”. Bob always received credit from the snowmobile industry for the Polaris Race Team’s winning sleds, which usually led into the following year’s production model.

Upon his retirement from active racing in 1974, Bob continued to spark competitive efforts at Polaris as the racing team director. Bob and the team spotted the potential of a snowmobile with an Independent Front Suspension (or IFS) in 1975, and began building what would become the iconic RXL race sled in 1976.

Polaris dominated the oval ice track during the glory years of 1977-1978, with the team earning the nickname the “Midnight Blue Express”. The USSA year end points had Polaris drivers in all three top spots. The excitement and thrills of the Midnight Blue Express provided life-long memories for fans throughout the snow belt and beyond.

During the same time as the Midnight Blue Express, under Bob’s direction, Polaris drivers dominated the cross-country circuits as well. From those victories, Polaris factory cross-country racers developed many innovations that changed the way snowmobiles function today, starting with the first IFS consumer sleds developed first for the 1979 cross-country racing circuit.

Bob was known worldwide through his race career and his work with research and development. He continued to serve as an ambassador for Polaris worldwide to International dealers, distributors, and networks affiliated with Polaris Industries. Bob was one of the key individuals in the research and development of snowmobiles and all-terrain vehicles. While he was extremely instrumental in developing aluminum snowmobile chassis and suspension designs, he was also one of the team members who constructed the original design of the Polaris three and four-wheel ATV’s. He shared the successful accomplishments with other individuals at Polaris with patents for the ATV front-overrunning roller clutch hub system and the ATV air-cooled transmission.

Bob retired from Polaris in 2005 after 45 years of personal dedication and professional achievements. When Bob began working at Polaris in 1960, his original employee badge number was 28.

Together, Bob and Karolyn continued to enjoy each other through farming, working together, and taking in the beautiful outdoors. God blessed them richly in their marriage together, and they continued to archive the history of Bob’s race years and Polaris factory racing.

People throughout the world, including snowmobile enthusiasts and liaisons for Polaris, traveled to Roseau, Minnesota and were all warmly welcomed to the Eastman home.

Bob was forever grateful for the guidance and strong work ethic demonstrated by his parents and mentors; especially Allan Hetteen and David Johnson, co-founders of Polaris Industries, who were his life coaches and special friends.

He will be remembered as a true gentleman, a devoted and loving husband, a father, a grandfather, a farmer, and a mentor to many.

We shall remember Bob’s strong and Christian faith, love, kindness, and friendship he extended to all. May God bless the memories of Robert (Bob) Eastman. 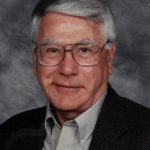 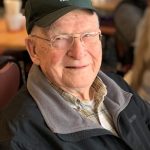