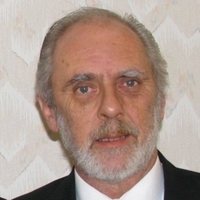 Richard “Pat” Collins was born March 23, 1946, in Thief River Falls, MN to Charles and Bernadine (Reinke) Collins.   He was baptized and confirmed in the Catholic faith at St. Joseph’s Catholic Church, Middle River, MN.    He attended Middle River School graduating in 1964 and then attended The University of North Dakota, “fighting Sioux”, and the University of Minnesota in St. Paul, MN, “Golden Gophers”, graduating with a degree in Mortuary Science in 1967, following in his father’s footsteps.  On June 24, 1967, he was united in marriage to Jeanne Nelson at Blessed Sacrament Catholic Church, of Greenbush, MN.  The couple immediately moved into a house in Karlstad that was connected to the recently purchased Kloempken Funeral Home and they started a 24-hr. ambulance service at the same location.  He also became a PRIM– Professional Rescue Instructor for Minnesota, and he along with several teams, trained numerous ambulance squads throughout the state.  In August of 1972, Pat organized “Karlstad Rescue Squad” and continued operating ambulance service until 1975 when the service was turned over to the newly organized Tri County EMS District, which he was also instrumental in organizing.  Pat was an “Adrenalin junky” and loved his 39 years as a member of Karlstad Fire Department as well as his years in ambulance.   And of course, that held true for his love of motorcycles and the ride.   He loved hunting and spending time at the ‘hunting shack’ with his kids and friends, the fishing trips with his grandpa as a boy, and most of all… just sitting around and telling stories.   Shawn told him that everyone should only be allowed so many words a day, and he’d have his used up by noon.  His interest in radios and electronics led him into HAM radio and had been licensed around 45 years and has spent countless hours unwinding and chatting around the world, including the space shuttle Columbia in orbit.

Pat was preceded in death by his parents, Sister in law & Brother in Law, Leona & Norman Good, Brother in law, Walter Miller and nephew Paul Miller.

Mass of Christian Burial will be held at 2PM, Thursday, July 15, 2021 at St. Edward’s Catholic Church in Karlstad with Fr. George Noel and Deacon Dan James presiding.  Jeanne Novacek will be the Organist and Darcy Hasson will be the Song Leader.  Pat’s Casket Bearers will be Nick and Luke Carlson, Brennan and Liam Collins, CJ Sandahl,  Melissa Carlson, Shawn Collins, Steve Collins, and Kevin Pisaneschi.  Pat’s family would like to acknowledge the Karlstad Fire Department, Tri-County EMS, American Legion Riders, Patriot Guard Riders and all of his extremely vast number of HAM Radio buddies as his Honorary Bearers.  He was extremely proud to be a part and know all you!!

Friends and family will gather after 5PM, Wednesday, at Collins Funeral Chapel in Karlstad.

Visitation will be held one hour prior to services at the church.

Interment services will be held at Greenwood Cemetery in Strathcona following services. 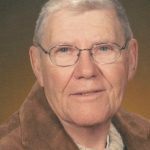 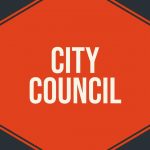