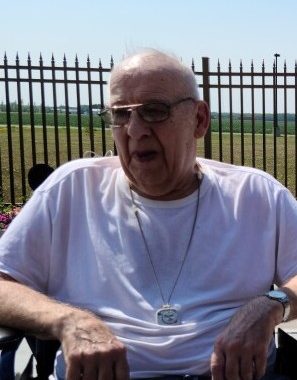 Richard “Dick” Soderberg of Warroad passed away on March 9th, 2022 at Warroad Senior Living Center surrounded by family at the age of 82.

Richard “Dick” Allen Soderberg of Warroad was born June 6th, 1939, in LaGrange, IL to Fred and Irma Soderberg. He attended Northwestern University and graduated with a Civil Engineering degree. Dick played football at Northwestern for two seasons and was coached by Ara Parseghian. After graduating college, he worked as a civil engineer in Baton Rouge, LA where he moved with his first wife Judy (son Jeff) before returning to Chicago. Dick continued his profession as a civil engineer in Chicago becoming Vice President at one of the largest engineering firms in Chicago, IL.

During his time in Chicago, he met his second wife Cathy Soderberg (son Scott) they were married in 1974. Dick and Cathy left Chicago in 1977 and bought Springsteel Resort based on an ad they saw in the Chicago Tribune and moved with their son Scott to Warroad, MN. In 1985 his second wife Cathy passed away. Dick met the third love of his life Edel Pieper and they were married in 1986 for 25 years.

Dick loved Warroad and became heavily involved in the community. He was the business owner of Springsteel Resort from 1977-1984, 50% owner with George and Marge Guibault of Long Legged Lake, Ontario CA, in business called Kusko Air with Fuzz LaPaige with float planes in AK, started SoJans Jean Shop in Warroad with Edel and daughter Nancy as Dick had bought the building in Warroad and turned it into a couple of businesses. During that period, he also built several homes in town with Bob Moyer.

In addition to being a businessman and entrepreneur he donated his time to several causes in the Warroad area – City Council which he was also heavily involved with Port Authority, Airport Commission, the construction of the DNR building, St. Mary’s Church, the Warroad Retirement Center, and acting mayor for a short period of time.

Dick loved his family and always enjoyed holidays spent at his home. He loved fishing and hunting which was a passion of his and helped Marvin’s take many of their clients fishing.
Dick went to Assisted Living at the Warroad Senior Living Center in August of 2020 and was moved to the nursing home in October of 2021.

Dick was a deeply religious man and attended church at St. Mary’s Catholic Church in Warroad.

The Family would like to extend a special thanks to the Warroad Senior Living Center and their staff for the care that they provided. 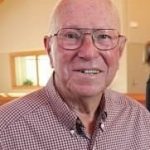 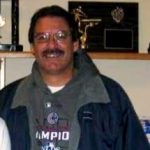