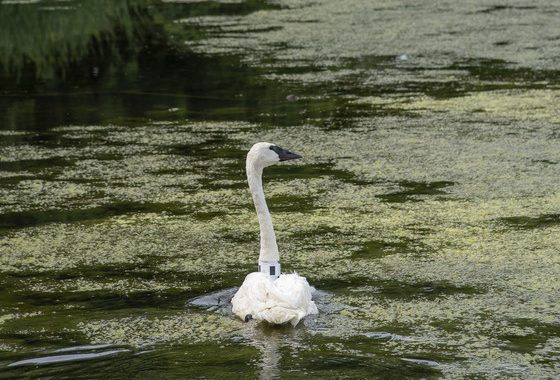 Researchers are beginning a new era of trumpeter swan conservation this month by capturing and fitting swans with neck-mounted transmitters at various locations throughout Minnesota.

The transmitters will allow researchers to monitor trumpeter swan movements at 15-minute intervals throughout the year. “Results of this study will provide information about migration, year-round movements, mortality risks and swan use of various habitat types,” said David Andersen, a researcher with the Minnesota Cooperative Fish and Wildlife Research Unit at the University of Minnesota.

Trumpeter swans were extirpated (disappeared) from most of the continental United States and Canada by the late 1800s, due to loss of habitat and over-exploitation. Populations have been re-established in Minnesota and northern Iowa as a result of a partnership among Minnesota DNR’s Nongame Wildlife Program, Three Rivers Park District and the Trumpeter Swan Society.

The current research project is a collaborative effort of the University of Minnesota, Department of Natural Resources, U.S. Fish and Wildlife Service, Three Rivers Park District and Trumpeter Swan Society. Funding is provided by the Minnesota Environment and Natural Resources Trust Fund, as recommended by the Legislative-Citizens Commission on Minnesota Resources; USFWS and other sources.

“Minnesotans who donate to the Nongame Wildlife Income Tax Checkoff have also played a key role in providing funding for re-establishing trumpeter swans throughout the state,” said Lori Naumann, DNR Nongame Wildlife Program information officer. “These donations are critical to protecting thousands of Minnesota wildlife species and making our program one of the most successful in the nation.”

Anyone interested in supporting the Nongame Wildlife Program can donate in several ways to help fund nongame projects and be a part of the many success stories that continue the legacy of this program. 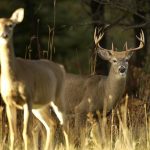 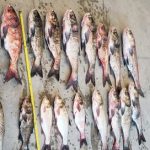