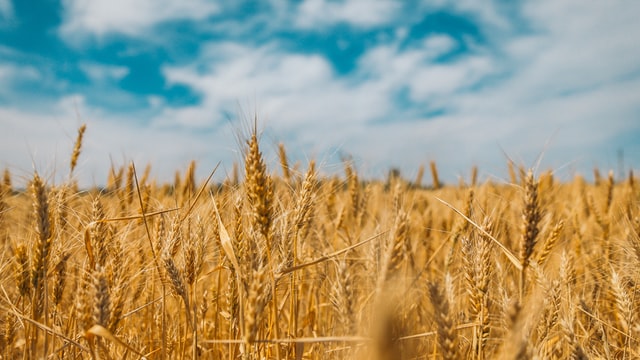 WASHINGTON — COVID-19 has presented wheat farmers, and all of agriculture, with numerous challenges and setbacks. However, the National Association of Wheat Growers (NAWG), the leading advocacy organization for America’s wheat farmers, was able to address many of these hurdles and, as a result, has grown as an organization. NAWG has had many recent accomplishments and many plans for the organization in the coming months.

First and foremost, NAWG and its members worked diligently to ensure that the USDA extended eligibility to all classes of wheat under the Coronavirus Food Assistance Program (CFAP). In April, when CFAP details were being finalized, NAWG staff asked USDA to incorporate price volatility during the early months of the year in evaluating price conditions. After CFAP was announced, NAWG submitted comments through USDA’s official request for information process asking that the program be expanded to include all classes of wheat. During this time, NAWG also urged states to file separate comments to amplify the national voice on this issue.

In July, after USDA announced some additional commodities for eligibility but not additional classes of wheat, NAWG asked that USDA begin providing assistance for 2020 crop losses and held several meetings with key USDA officials, including Undersecretary Bill Northey. Working with congressional staff, NAWG secured Chairman Pat Roberts (R-KS) and Senator Amy Klobuchar (D-MN) to lead a bi-partisan Senate letter sent to Secretary Perdue requesting that resources available in the CARES Act be used to help wheat farmers impacted by COVID-19. Joined onto that letter was Sen. John Hoeven (ND) and Sen. Jeff Merkley (OR), the chair and ranking member of the Senate Agriculture Appropriations Subcommittee, and 17 other Senators. Shortly after, Congressman Frank Lucas (OK-03) led a similar bi-partisan letter to USDA that was joined by House Agriculture Committee Chairman Collin Peterson (MN-07), Ranking Member Mike Conaway (TX-11) and 23 other Members of Congress.

NAWG also saw a major win in its lawsuit against California’s Prop 65 labeling of glyphosate.  On June 22, 2020, the Eastern District of California sided with the Coalition, citing science and facts as the main reason for its decision. The court ruled that Prop 65’s warning label requirement for chemicals known to the state of California to cause cancer, as applied to glyphosate, violates the First Amendment to the United States Constitution. With this summary judgement, the presiding judge, Judge Shubb, issued a permanent injunction prohibiting California from requiring glyphosate-containing products to be labeled. An opinion editorial on NAWG’s win was recently published in Agri-Pulse. The State of California has appealed the decision, and NAWG will remain engaged in this effort as the case proceeds.

NAWG staff is still working toward meeting the goals of the Association’s 2019 Strategic Plan. First, the Industry Partnership Program (IPP) is in full force and a few companies have already applied and been approved for the program which starts with the next fiscal year. NAWG continues to work with other companies that could join soon. The bylaws have already been updated and policy priorities have been established for this year. Further, NAWG has implemented a more efficient and informational approach for when it communicates with its members. States are now receiving a monthly social media toolkit to help them grow their presence online. Further, NAWG’s weekly updates have been reformatted to include a NAWG news section, industry news section, a communications section, and a National Wheat Foundation section. NAWG has also added a side bar to the weekly updates to highlight any recent media interviews done by NAWG’s CEO and officers. Lastly, NAWG’s regular Monday policy updates now include NAWG’s CEO meetings and updates from the prior week.

NAWG continues to remain active with U.S. Wheat Associates. Most recently, NAWG has been actively lobbying Congress to pass the Grain Standards Reauthorization Act and to ensure no lapse in inspection services. While this is a NAWG 2020 priority, it is also a major priority for U.S. Wheat Associates, and NAWG has coordinated with them throughout the reauthorization process. U.S. Wheat is not allowed to lobby, so NAWG has been actively advocating before Congress on behalf of the wheat industry.

These past months, there has also been activity on the USDA’s Risk Management Agency (RMA) work towards implementing a provision included in the 2018 Farm Bill related to adjusting quality loss, which was successfully included at the request of NAWG. After further engagement with RMA on developing a different option for quality loss adjustment, the new Quality Loss Option was implemented on July 6th and is available to growers beginning with the 2021 crop year. A blog on NAWG’s efforts can be found here.

Looking ahead to the Fall Conference, it was a difficult decision to move the meeting to a completely virtual platform. NAWG considered the safety and security of its members, and ultimately the Board of Directors made the decision to move the conference online. During the Fall Conference, as an organization, NAWG will begin discussing policy priorities for next year which will be finalized at the 2021 Commodity Classic. The status of the current year’s priorities will also be reviewed. Furthermore, NAWG’s policy staff will discuss how they have been strategizing outreach to the next Congress and Administration. Lastly, as part of the Strategic Plan, NAWG was directed to develop a process for handling state-requested issues in consultation with the State Staff. The outline of this process will be discussed at the Fall Conference.

Lastly, NAWG is excited to announce that its Vice President, Nicole Berg, has been appointed to the Federal Crop Insurance Corporation (FCIC) Board of Directors. Nicole was one of several candidates submitted by NAWG and her term begins this year. NAWG’s press release announcing this news can be found here.

COVID-19 has had unprecedented impacts on all of society, including on the agriculture industry and on NAWG. Despite that, the wheat industry has had some major policy victories the past few months and NAWG has made significant progress organizationally. NAWG works hard to effectively advocate for wheat growers and is dedicated to strengthening the organization. Visit www.wheatworld.org for more information! 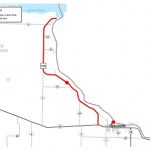 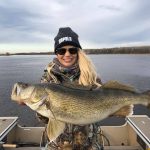 Next Story:
BIG FALL WALLEYES IN THE RAINY RIVER