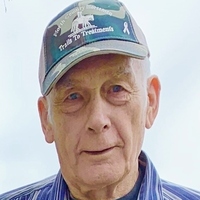 Orleen Hueth Anderson was born on September 12th, 1935 to his parents Martin and Laura (Langaas) Anderson in Greenbush MN. Orleen was baptized and confirmed in the Lutheran Faith at Bethlehem Lutheran Church of rural Greenbush. He attended country school through the eighth grade. He farmed small grain and cattle until 1990. He also worked in the potato fields and drove beet truck several falls. Following farming he worked at Marvin Windows for 14 years. He finished his working years helping his neighbor Ernie Hemp with grain farming.

He was United in marriage to Dianne Fossell on June 18th, 1960 at the Bethlehem Lutheran Church of rural Greenbush MN. To this union two children were born. Orleen and Dianne recently celebrated their 60th wedding anniversary.

Orleen was secretary on the Lind township board for several years. He was also secretary on the Bethlehem Church council. One of his favorite past times up until two weeks before his death was riding the lawnmower. Scaring everyone that saw him hanging off the side mowing the steep driveway ditches!

His hobbies included cutting wood, snowmobiling, deer hunting, ice fishing, reading, watching T.V., and petting any dog he could get his hands on. Another one of his favorite pastimes was driving through every automobile and machinery lot in the country dreaming of his next purchase. At a quick glance he could tell you the model and year of most cars, trucks, and snowmobiles right up to the end of his life. In his younger years (75 years and under) he was known for his “led” foot and fast driving.   He loved to go to the horse shows and car and snowmobile races to watch his grandchildren compete.

Orleen passed away peacefully on August 9th, 2020 at his home in Lind township of rural Greenbush where he had lived his entire life.

A Memorial service will be held at 2:00PM, Sunday, August 16th, 2020 at the Greenbush Race Park.  Social distancing is encouraged.

Interment will be at Bethlehem Luthern Church at a later date.

In lieu of flowers memorials to Trails to Treatments or Bethlehem Lutheran Church would be preferred. 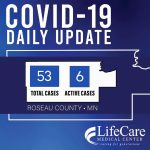 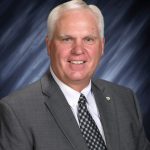