ONE YEAR ANNIVERSARY OF THE WORLD PLOUGHING CONTEST

One year ago, the Lake of the Woods community welcomed the world as host of the World Ploughing Contest.  Contestants, judges, VIP’s, World Board Members, sponsors and spectators came together just outside of Baudette on the Arnesen farm to make history.  The World Ploughing Contest goes to a different country each year, hence, it won’t be back to the U.S. for a few decades.

As we look back on the event, one of the great memories was having the privilege of sharing this event and this area with viewers of the TV show Small Town, Big Deal.  Over a million viewers had the chance to take in the personalities, sights and sounds of the 2019 World Ploughing Contest.  The TV show Small Town, Big Deal  attended  and filmed this international event just outside of Baudette, MN in Lake of the Woods County.  With the World Ploughing Contest coming to the U.S. but once every 30 years, this national show thought enough of it to attend!

The area will be forever grateful for the many sponsors, volunteers and those who although didn’t receive credit or recognition, helped in any way.

The world ploughing episode started airing across the U.S. November, 2019 and is now available on YouTube.

All of this excitement taking place in a farm field just miles south of the Canadian border and a couple of miles south of Baudette, MN.  To compete in this event, competitors had to win their nationwide contest to represent their nation.  This contest is serious business.  In fact, more than half of the competitors shipped their tractors and ploughs across the world to be here.

Not as popular in the U.S. as other European countries, ploughing contests in other areas of the world draw huge crowds.  In the Republic of Ireland for instance, their annual nationwide contest draws 300,000 spectators.  This is not a typo, 300,000! With that said, many Americans really didn’t know what a ploughing contest is all about.  For the 7,000 or so that attended, they were in for a treat.  For those who couldn’t make it, Small Town, Big Deal gives them a front row seat.

In addition to the actual contest, folks who attended enjoyed a daily parade of tractors, horse drawn carriages, demonstration of plowing with horses and mules, five live bands, antique tractors and plows, and a nice mix of food and merchandise vendors. The two hosts of Small Town, Big Deal are Rodney Miller and Jann Carl.  Rodney Miller has a true passion for shining the spotlight on the amazing and inspiring things going on in our small towns and farm communities, and in 2005 he had an idea for a TV show to bring those stories to the world. And he went on to turn that idea into reality.

Small Town Big Deal originally aired on cable station RFD-TV, where it grew into one of that station’s most popularly rated programs. With its broadcast syndication in markets from New York and Atlanta to Philadelphia and Dallas, the show now reaches over three-fourths of the nation. It airs in the majority of U.S. major TV markets and on over 160 local stations.

Best known for her 14 years at “Entertainment Tonight”, Jann Carl has traded in the red carpets of Hollywood for the backroads of America. She’s now criss-crossing America on the nationally syndicated television show, Small Town Big Deal. “This is the show I’ve been looking for my entire career!” says Jann. Created by her co-host Rodney Miller, Small Town Big Deal shines a spotlight on the fascinating events, places and people from all across the United States.

Jann has built a distinguished career in television.  She began as a news reporter at WLS in Chicago.  Her next move was to Los Angeles, where she reported for KABC, and hosted KABC’s “Eye on L.A.” magazine show.  Her work in the market culminated in her selection to co-anchor “News At Ten” at KTLA; during her eight-year tenure she earned three Emmys for news coverage. 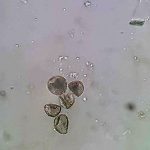 Next Story:
WILL THE MINNESOTA STATE CHAMPIONSHIP AT LAKE OF THE...