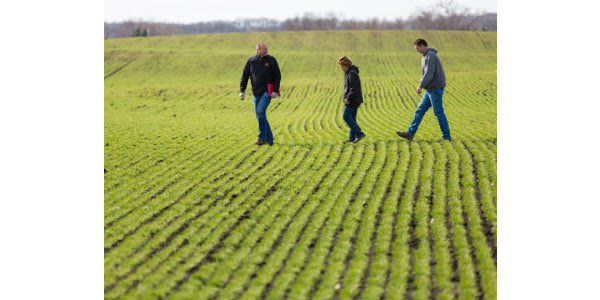 Under what conditions is it most economical to apply P fertilizer?

MINNEAPOLIS — 1. Under what conditions is it most economical to apply P fertilizer?

A three-year study funded by Minnesota’s Agricultural Fertilizer Research and Education Council (AFREC) of corn and soybean in northwest Minnesota found that it was more economical to apply phosphorus (P) fertilizer on low and medium testing soils. When properly fertilized, soils with low and medium P soil test values can yield the same as high and very high P testing soils. The probability of corn and soybean yield being limited is very low when soils test high or very high in soil test P.

2. Does ESN provide a yield and protein advantage in hard red spring wheat?

ESN is an effective way to reduce the risk of nitrogen loss. AFREC-funded research in northwest Minnesota has demonstrated the potential for ESN to boost protein content in wheat grain. However, the ratio of ESN to urea is important as increasing the percentage of ESN may result in decreased wheat grain yield in dry years.

3. What is the optimal rate of N application for hard red spring wheat?

AFREC-funded research conducted from 2008 to 2010 in northwest Minnesota showed that the amount of total available nitrogen (N) needed for hard red spring wheat was near 200 lbs.

4. Is sulfur required for crops in northwest Minnesota?

AFREC-funded studies on wheat and corn have shown that sulfur is not needed on high organic matter, fine-textured soils in northwest Minnesota. Sulfur applications should be targeted to fields where soil organic matter concentrations are 3% or less. Sulfur deficiencies may be common early in the growing season but there is no evidence that a sulfur application is required unless on low organic matter or sandy soils. On-farm research in northwest Minnesota funded by AFREC confirmed these findings.

5. Is there a difference between fall- and spring-applied urea for corn?

AFREC-funded research in Crookston from the 2017 growing season showed that corn following wheat averaged 8 bushels per acre more when urea was applied in the spring rather than the fall. Spring application also required about 70 lbs. N/acre less than fall application to achieve a similar yield. For corn following soybean, averaged across all the nitrogen rates in the study, there was a 10 bushels per acre increase in 2017 and a 16 bushel per acre increase with a spring application compared to a fall application. 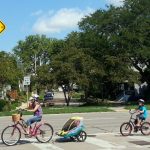 Previous Story:
MnDOT announces availability of $6.2 million in grants for...