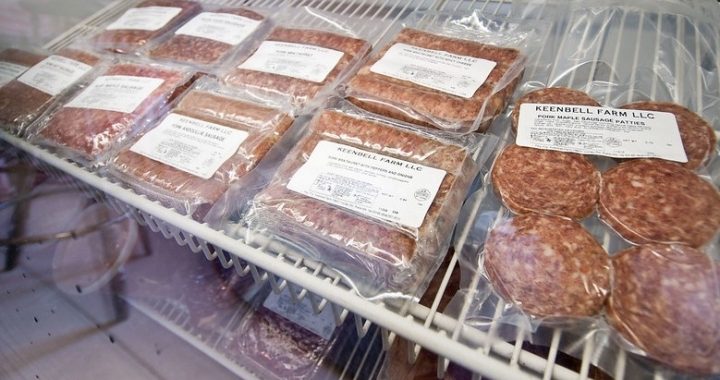 WASHINGTON — U.S. Secretary of Agriculture Sonny Perdue announced today that more than 100 million food boxes have been distributed in support of American farmers and families affected by the COVID-19 pandemic through the U.S. Department of Agriculture’s (USDA) Farmers to Families Food Box Program. Earlier this month, the Department announced it had entered into contracts with 50 entities for the third round of food box deliveries, which include contracts to purchase up to $1 billion authorized by President Donald J. Trump.

“It is incredible to think that in a little more than five months, this food box program has gone from an idea to a reality that has provided more than 100 million boxes of nutritious foods to people in need and along the way has helped to keep farmers and ranchers in business and allowed Americans working in our nation’s food supply chain to get back to work,” said Secretary Perdue. “I have been meeting with food banks and recipients across the country and it’s been heartening to hear all the positive feedback on how the program has saved businesses and fed Americans in need. We are now into the third round of deliveries and we’re working harder than ever to continue to build on the success of the program.”

“With 100 million Farmers to Families Food Boxes delivered, we have utilized critical funding authorized by President Trump to continue connecting our great American farmers to millions of food insecure families. I am proud of this Administration’s mission to keep our most vulnerable families fed and support American family farms in the process,” said Advisor to the President, Ivanka Trump.

In this third round of purchases, USDA is purchasing combination boxes to ensure all recipient organizations have access to fresh produce, dairy products, fluid milk and meat products. USDA has issued contracts to 50 entities for the third round of the USDA Farmers to Families Food Box Program in order to continue supplying nutritious foods to Americans in need and supporting farmers, ranchers and distributors in the food supply chain.

These contract awards are a result of the third round of Farmers to Families Food Box program announced on July 24, 2020, and President Trump’s announcement on August 24 that up to an additional $1 billion was being made available for deliveries through October 31, 2020. A full list of approved suppliers will be posted on the Farmers to Families Food Box Program webpage.

Coverage in this round of the program allocates food boxes to states based on the internal need of the state with the goal of providing coverage to entities in every county in the country. Eligibility for the third round was open to entities who could meet the government’s requirements and specifications and whose proposals illustrated coverage of opportunity zones and addressed costs incurred delivering product into the hands of recipients, among other factors. Fewer boxes will be delivered under this round due to the shift in combination boxes; however, the number of pounds of food being delivered is on par with previous rounds.

USDA initially used basic ordering agreements (BOA) for this round to have greater flexibility to ensure contracted entities provide adequate coverage throughout the states and territories. A BOA is not a contract but is a written understanding, negotiated between USDA and a company establishing terms for future contracts during a specific period, and described what will be provided and how future orders will be priced, issued and delivered under the contract. The BOA did not authorize companies to ship products and did not guarantee future work.

In the second round of purchasing and distribution, which began July 1 and concluded September 18, USDA purchased more than $1.7 billion of food through extended contracts of select vendors from the first round of the program as well as new contracts focused on Opportunity Zones in order to direct food to reach underserved areas, places where either no boxes have yet been delivered, or where boxes are being delivered but where there is additional need.

Updates to the number of food boxes verified as delivered will continue to be displayed on the USDA’s Agricultural Marketing Service (AMS) website, with breakdowns by performance period on the Farmers to Families Food Box Program page.

USDA is also continuing its plans to purchase $1.4 billion in agricultural products produced by farmers, ranchers and producers suffering from damage due to unjustified trade retaliation by foreign nations through the Food Purchase and Distribution Program. The trade mitigation program has surpassed $1.1 billion in purchases this fiscal year, and more than $2 billion on purchases overall during FY19 and FY20, which were provided to states for distribution to the network of food banks and food pantries that participate in the Emergency Food Assistance Program (TEFAP). 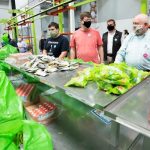 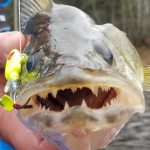 Next Story:
OCTOBER AND JIG FISHING FOR WALLEYES