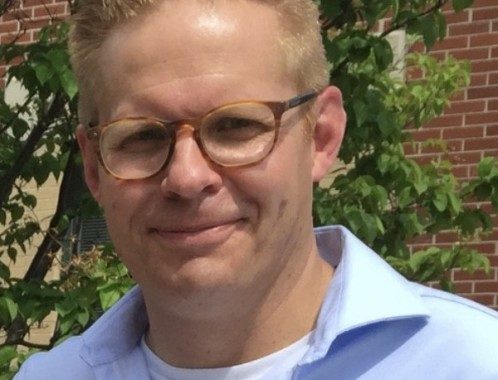 Funeral services for Mike Carlson of Fargo, ND, and formerly of Roseau, MN, will be held at 11 AM Saturday, October 10, 2020 at Moe Lutheran Church in Roseau.  Visitation will be one hour prior at the church with interment at Moe-Rose Cemetery.  Services will follow current MN Covid-19 guidelines and family requests individuals in attendance to wear face coverings, practice social distancing; and refrain from physical contact. In lieu of flowers, memorials are preferred.

Michael Sterling Carlson passed away at his home in Fargo, ND, on October 3, 2020, at the age of 49.  Michael was born on April 13, 1971 in Roseau, MN, to Clayton and Barbara Monson Carlson. He attended school in Roseau, MN, where he participated in concert band, jazz band, and chorus. He was active in football and hockey. He graduated from Roseau High School in 1989.  After graduation, Michael went on to attend NDSU for athletic training.  Upon receiving a degree from NDSU, he enrolled at St. Cloud State for post-graduate work.  After receiving his Master’s degree in exercise science, he became a certified athletic trainer.

On May 29, 1999, Michael married the love of his life, Kaela Schroeder, in Fargo, ND, at the First Presbyterian Church.  Michael began his athletic training career with the Richmond Renegades, an ECHL Hockey Team, in Richmond, Virginia.  He later moved on to become a trainer for the Binghamton Senators, an AHL team, in Binghamton, New York.

In 2006, Michael and Kaela moved back to Fargo, ND, where he accepted a position with Blue Cross and Blue Shield of ND and became the Director of Wellness and Communication. He thoroughly enjoyed his coworkers and genuinely cared about their well-being.

Michael was an energetic person with a warm personality. His fun-loving personality enlightened every occasion.  He loved to share his humor and positive outlook on life with his family, friends, and coworkers. He had a strong passion for the outdoors. Michael enjoyed deer hunting with his family in Minnesota.  He also loved to golf. With a close-knit group of friends, he went on several golf outings and grouse hunts over the years.  He also enjoyed running and participated in several Fargo Marathons and other various races.

Michael and his nephew, Gabriel, had a passion for sports and they enjoyed trips to various cities to watch games. He also loved spending time with his niece Ginger and nephew Jett. In his spare time, he also enjoyed excursions with family and friends to many other locations.

Michael gave his utmost dedication to his wife, Kaela, as he cared for her through the long, difficult times with her battles with Multiple Sclerosis.  They complemented each other with their many athletic abilities and mutual interests.  The also shared a great passion for animals. They deeply loved each of the friendly companions they had over the years.  Kaela passed on February 14, 2017, from complications of MS.  Even after her passing, Michael remained positive and upbeat.

We will love and miss you forever and always! 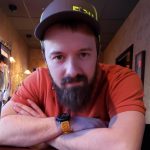 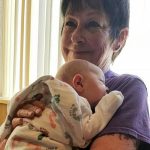