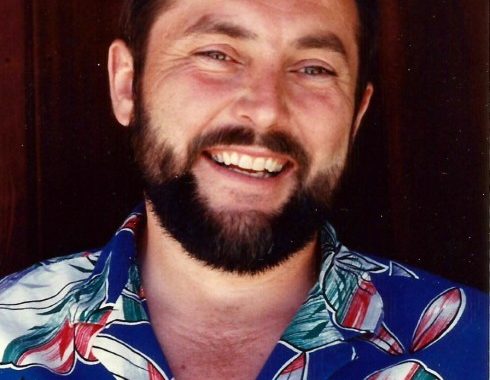 Mike Johnson was born December 19, 1947 in Marshalltown, Iowa to Furman Arney Johnson and Marilyn Jayne (Melick) Johnson. He grew up on the family farm near Albion, Iowa with his siblings: Larry, Jane, and Bill. In 1960 a tornado struck the farm twice. It took six months to clean up all the debris. During the Iowa farming years various crops and livestock were raised. Among them were corn, soybeans, oats, hay, sorghum, hogs, poultry, cattle, chinchillas, horses, and beagles. At one point there were 800 laying hens producing 30 dozen eggs a day.

The family moved to the Red River Valley of the North near Hallock, Northcote, and Humboldt Minnesota during the winter of 1967. They quickly got a cold initiation during the move by surviving one of the worst storms in Minnesota history! For 10 years they farmed approximately 3,300 acres raising small grains – Durham, spring wheat, barley, oats, mustard, flax and buckwheat. Mike was an integral part of the farming operation.

He graduated from Hallock High School in 1967. He had a lot of fun driving his yellow Ford Mustang until it was totaled when he hit a moose near Lake Bronson! After graduation he attended Crookston Technical College for Agriculture. He continued working on the family farm until it was sold. He then moved to Baudette to a farm near Graceton where he continued farming with the family. During this time he also enjoyed working for Ammon Stowell and John & Barb Welberg on their farms. Later he was employed full time at Marvin Windows and Doors in Warroad, MN and worked there for many years until he retired.

Mike also worked at the Nite Hawk in Roosevelt where he met and married Mary Pederson on October 17th, 1981. They moved to Baudette and had 3 children: Ashley, Alexis, and Jonathan.

Mike dearly loved all of his family and enjoyed spending time with them. He was very sociable and had many friends. As a history buff, he enjoyed reading hundreds of historical novels. He also liked gardening, outdoor barbecues, and John Wayne westerns.

After sustaining a major stroke in 2012, Mike moved to Lakewood Care Center in Baudette where he resided for 9 years. He was a believer in the Christian faith and a member of the Lutheran Church. He went into the arms of his Irish ancestors and the Lord Jesus on August 24, 2021. He will be greatly missed by all his family and friends.

A graveside service will be held on Friday September 17, 2021 at 3:00 pm at the Silent City Cemetery in Roosevelt, Minnesota. Reception to follow at the Roosevelt Hall for reflection and fellowship. A light luncheon, cake and coffee will be served. Condolences and flowers can be sent to Mike’s daughter, Ashley Willis at 1448 54th Avenue NW in Williams, MN 56686. 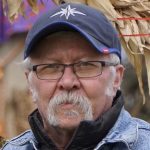