A Memorial service for Melford M. Olson of Baudette, MN will be held on Saturday, September 3, 2022 at 11:00 AM at Helgeson Funeral Home. Visitation will be held one hour prior to the funeral home. Interment at Elm Park Cemetery. Military Rites provided by the Baudette Veteran Ceremonial Squad.

Melford M. Olson passed away August 28, 2022 in Baudette, MN at the age of 85. Melford was born on October 6, 1936 in Warroad, MN to Melford and Mae (McKinnon) Olson. He graduated from Baudette High School and attended the University of Minnesota Ag School in St. Paul. He then spent two years in the Army, and traveled around Europe and visited extended family in Sweden while stationed in Germany. Another highlight of his time in Germany was exchanging waves with Elvis Presley who was stationed there at the time.

He married Patsy McCourt in 1962. They purchased a farm south of Baudette a few years later, and they farmed while Melford worked at Marvin Windows and then the Commissary at the Air Force Base in Baudette. After he and Patsy divorced, he moved to the Tri-Cities in Washington state for several years, then returned to Baudette where he lived the rest of his life.

Melford enjoyed hunting, fishing, woodworking, and snowmobiling. His first time fishing on Lake of the Woods was with his Dad being towed out to the gap in a rowboat by a motorboat from Morris Point, then picked back up at the end of the day. He loved tinkering with engines, and spent a lot of time fixing cars. His daughters were kept in cars to drive, which led to them getting waves from all his old friends that recognized the car but not the driver.

In lieu of flowers please make donations to the Lake of the Woods Humane Society. 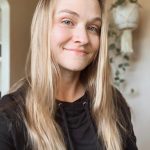 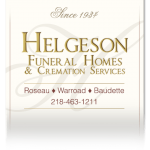