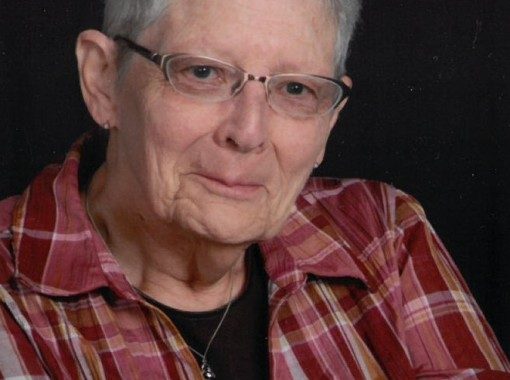 Funeral services for Mary Klamar of Gatzke, MN will be held on Saturday, September 5, 2020 at 2:00 pm at Rose Free Lutheran Church in Roseau.  Visitation will be Friday from 5-7 PM with a 7:00 prayer service at Helgeson Funeral Home in Roseau.  Interment will be at the Landstad Cemetery in Gatzke, MN.  All services will follow MN State Covid-19 Guidelines with distancing and face coverings.

Mary Elizabeth Storment was born on February 12, 1941 in Endicott, Washington to Hershel and Lena (Honn)Storment. She grew up on the Storment family farm and graduated from Endicott, WA in 1959. After high school she attended college in Eastern Washington University in Cheney, WA for teaching.

After college she worked in Colfax, WA at the hospital, where she took care of patients and helped out in surgery.

In April 1963, Mary went to Alaska, where she lived with her sister Francis and Jim Adams near Anchorage, AK. In Alaska, Mary worked at the local hospital in the admitting office where she worked until August 1963. While Mary was there, a co-worker from the hospital invited her over to their house for supper to meet a friend of her husbands, who was also in the Army. This friend turned out to be Clifford Klamar, a young man from the far away state of Minnesota.

Mary and Clifford were married on Saturday, October 5th, 1963 in Colfax, Washington. After getting married she moved back to Minnesota with Clifford.

She worked many endless hours cooking for the farm, gardening, writing Gatzke news for the Thief River Times and Roseau Times Region for 30 plus years. Mary’s hobbies were playing piano and organ, gabbing on the phone, sewing, cooking, playing cards/games and baking. Mary will be remembered by her homemade pies and buns. Her favorite flowers were Gladioulous and she would plant a row or two of them. She loved washing dishes the best; especially for her daughters.  Also giving painful perms to her daughters; telling them “it hurts to be beautiful.”

She was also known as the Hallmark Lady; sending birthday cards to everyone. 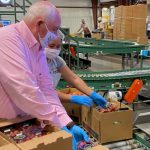 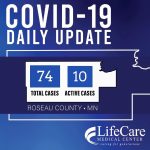