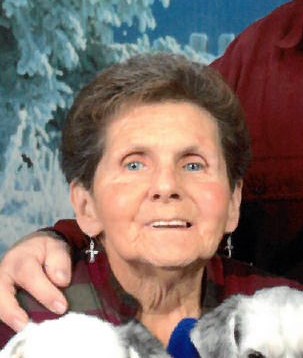 A public visitation, following MN St. Covid Guidelines of capacity limits, social distancing and face coverings, for Margaret Anderson of Baudette, MN will be held on Tuesday, November 24th from 5-7 PM at the Evangelical Covenant Church in Baudette, with a 7:00 prayer service.  A private family funeral will be held with interment at Border-Riverdale Cemetery. A link will be shared for a livestream for the funeral service:

Margaret Elaine Anderson was born in Sharon, North Dakota April 17, 1944 to Martin & Martha Kuklok. She lived in Moorhead, Minnesota before moving to Cooperstown, North Dakota. She contacted polio when she was eight years old which affected her left leg. She graduated from Cooperstown High School in 1963. She married Conrad Knutson and with this union was Linda, Laurie, Steven, and William. A.k.a. Billy.

They moved to Baudette Minnesota where Margaret worked for the school district, court house, and finished her working career at Rowell Laboratories, which became Solvay Pharmaceuticals. Margaret married Lyndon Anderson on June 13, 1987. She went on long term disability 1998. Margaret was a member of the Border Evangelical Free Church where she served as secretary/treasure for many years. Was a member of the Gideons International Auxiliary. Was a advocate for the right for life where she sat in their booth at the L.O.W fair for several years. She loved the farm and what it offered, cows, calves, lawn mowing, her rock gardens, flowers, garden, and planting trees in the yard she pulled up from the woods. 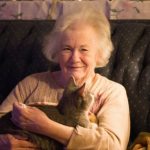 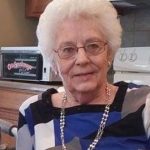