Minnesota environmental regulators say damage to the state’s public groundwater resources from missteps during construction of the Line 3 oil pipeline is more severe than previously known. The state Department of Natural Resources says Enbridge Energy crews ruptured three groundwater aquifers while building the 340-mile pipeline across northern Minnesota last year. The DNR says the company faces expanded sanctions. Together the punctures led to nearly 300 million gallons of groundwater flowing to the surface, with the most serious breach occurring near the Fond du Lac Band of Lake Superior Chippewa Reservation in St. Louis County. That rupture alone discharged more than 200 million gallons of groundwater, and it continues to flow out.

A Moorhead man must serve nearly five years in prison for leaving a loaded gun in his residence that was used in the accidental death of a 6-year-old boy. Phillip Neal Jones Jr., a convicted felon, pleaded guilty last year to illegally possessing a firearm. The 34-year-old Jones has multiple prior felony convictions in Hennepin and Anoka Counties and is prohibited from possessing firearms or ammunition at any time. Court documents show that when the children were left unsupervised at the residence, a visiting child found the .40 caliber pistol under a large snack chip box in the kitchen. The gun went off, hitting and killing a second child.

A THIRD DEFENDANT IN AN OVER-LIMIT SEIZURE FOR FISHING ON LAKE OF THE WOODS HAS PLEADED NOT GUILTY, THAT IS YEVGEIVY SIMONOVICH OF ELK RIVER. HIS REASONING BEHIND A NOT GUILTY PLEA WAS NOT GIVEN. TWO OTHER MEN HAVE ALREADY BEEN SENTENCED TO PAY NEARLY $1000 EACH IN FINES AND RESTITUTION. A FOURTH ANGLER WAS A JUVENILE.

A WILD DEER IN GRAND RAPIDS HAS BECOME THE FIRST DEER IN NORTHEASTERN MINNESOTA TO TEST POSITIVE FOR CHRONIC WASTING DISEASE, AN ALWAYS FATAL NEUROLOGICAL DISEASE. KELLY STRAKA, WILDLIFE MANAGER FOR THE DNR, SAID THEY WILL TRY TO TEST MORE DEER IN THE AREA AND WILL LIKELY HAVE SOME TARGETING KILLINGS. THEY WILL ALSO CONDUCT MANDATORY TESTING ON ALL DEER SHOT BY HUNTERS IN THAT AREA THIS FALL.

TWO SISTERS FROM PEQUOT LAKES, MINNESOTA DIED OVER THE WEEKEND IN A UTV CRASH IN ILLINOIS, WHEN IT WAS STRUCK BY A PICKUP. THE VICTIMS WERE 22-YEAR OLD ASHLEY EMBREE AND 16-YEAR OLD SARAE EMBREE. COUNTY SHERIFF JEFF LOWER SAID EARLY SIGNS INDICATE THAT THE UTV MAY HAVE RUN A STOP SIGN, BUT THERE WAS NO SOLID EVIDENCE AS OF YET.

PRESIDENT AND GENERAL MANAGER OF KROX-AM IN CROOKSTON, CHRIS FEE, WAS GIVEN AN OUTSTANDING MEDIA SERVICE AWARD FROM THE MINNESOTA STATE HIGH SCHOOL LEAGUE DURING A PRESENTATION AT THE GIRLS STATE BASKETBALL TOURNAMENT.

CANADIAN PACIFIC RAILWAY OPERATIONS HAVE RESUMED AFTER THE RAILWAY AND IT’S CONDUCTORS AND OTHER UNION MEMBERS CAME TO ARBITRATION AGREEMENT. 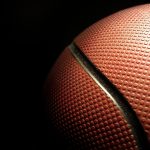