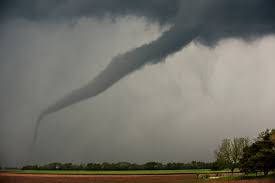 The National Weather Service reports that two tornadoes touched down in Minnesota and North Dakota during storms on Saturday. KFGO reports that the weather service has confirmed a tornado with estimated peak winds of 100 mph touched down in Park Rapids, Minnesota, about 10:30 p.m. It tore roof panels from a church and a car dealership.

Minnesota officials have blocked the importation and movement of deer into and within the state to slow the spread of chronic wasting disease. The state Department of Natural Resources announced the decision Monday. A Wisconsin farm where the disease was detected shipped nearly 400 deer to farms in seven states and Minnesota farms received five deer from the infected farm.

THE CROOKSTON CITY COUNCIL AND MINNESOTA DEPARTMENTOF TRANSPORTATION ARE LOOKING INTO TEMPORARY FIXES FOR THE INTERSECTION ON HIGHWAY 2 WHERE A YOUNG GIRL WAS HIT BY A SEMI TRAILER LAST WEEK. THERE IS AN UPCOMING CORRIDOR STUDY AN THAT SECTION OF HIGHWAY 2, BUT THIS COULD GET THE BALL ROLLING A CHANGES TO THAT SPECIFIC INTERSECTION MORE QUICKLY.

A Lake Superior lighthouse plans to welcome visitors back for an annual memorial honoring the sailors who died when the Edmund Fitzgerald sank. Minnesota Public Radio reports the Split Rock Lighthouse holds a beacon lighting and announces the names of all 29 Edmund Fitzgerald sailors every Nov. 10, the day the ship sank in a storm in 1975. The lighthouse didn’t allow visitors last year due to COVID-19. 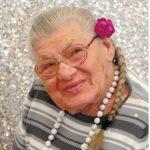 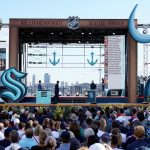