THE WILDLIFE DRIVE THROUGH THE ROSEAU RIVER WILDLIFE MANAGEMENT AREA IS SET TO OPEN JULY 16. THE DRIVE TRADITIONALLY OPENS AT THAT TIME OF YEAR, CLOSE TO THE TIME OF THE ROSEAU COUNTY FAIR. THE 27 MILE DRIVE WILL BE OPEN THROUGH JULY 24, AND THEN WEEKENDS THROUGH AUGUST 7.

AREA DNR CONSERVATION OFFICERS REMAIN BUSY WITH ENFORCEMENT ON AREA BODIES OF WATER, BUT OFFICER BEN HUENER ALSO ASSISTED IN GETTING A GREAT HORNED OWL TO REHAB AND INVESTIGATED TWO CALF DEPREDATIONS. COREY SURA ASSISTED IN A TAKE A KID FISHING EVENT ON LAKE OF THE WOODS OVER THE WEEKEND WHERE ADULTS WERE ENCOURAGED TO TAKE A KID FISHING, AND IN THIEF RIVER FALLS A CONSERVATION OFFICER ASSISTED IN THE RETURN OF A STOLEN ELECTRIC HANDICAP SCOOTER FROM A GROCERY STORE.

THOUGHTS AND REMINDERS OF SUMMER SAFETY CAN NEVER BE TAKEN FOR GRANTED. A 7 YEAR OLD BOY THAT WAS PULLED FROM A RESIDENTIAL POOL OVER THE WEEKEND IN MINNEAPOLIS HAS DIED. AUTHORITIES HAVE BEEN SCARE ON DETAILS ON WHO MAY OR MAY NOT HAVE BEEN WITH THE BOY AT THE TIME, OR DETAILS ABOUT THE POOL OR OTHER CONTRIBUTING FACTORS.

A FUNERAL SERVICE FOR BROOKE J. MARVIN OF WARROAD WILL BE HELD THURSDAY (2 PM) AT THE WARROAD BAPTIST CHURCH. VISITATION WILL BEGIN THURSDAY (NOON) AT THE CHURCH, WITH A SHARING TIME AT 1:00. INTERMENT WILL TAKE PLACE AT RIVERSIDE CEMETERY IN WARROAD. BROOKE WAS 42.

A DATE FOR FARMERS, BUSINESSES, AND HOMEOWNERS TO DISPOSE OF WASTE WEED KILLERS, HERBICIDES, INSECTICIDES, MICE AND RAT POISONS, FUNGICIDES AND OTHER IS JULY 7TH FROM 10 AM TO 1 PM AT NORTHERN RESOURCES COOPERATIVE IN ROSEAU. EACH PERSON COULD BRING UP TO 300 POUNDS OF WASTE, FREE OF CHARGE.

RAQUEL AND THE WILDFLOWERS PERFORM THIS THURSDAY AT ROSEAU’S RIVERVIEW PARK GAZEBO, WITH A SHOW BEGINNING AT 6:30. THE BAND BLENDS COUNTRY AND ROCK AND TOURS NATIONALLY, HAVING PERFORMED AT LARGE COUNTRY FESTIVALS AND BEEN AN OPENING ACT FOR GRAMMY AWARD WINNING ARTIST ANDY GRAMMAR. BORDER BANK WILL SERVE A FUNDRAISING MEAL TO BENEFIT BGMR AND ROSEAU SPECIAL OLYMPICS.

A Minnesota man who planned to offer carriage rides at an event in St. Cloud was killed when he was trampled by one of the horses. St. Cloud police say the incident happened Sunday afternoon at the Municipal Athletic Complex. The 44-year-old man, from Isanti, was walking the Clydesdale horses when he lost control and was run over by one of them. The horses ran off with the carriage still attached and the man’s child inside, but stopped when the wagon became stuck on a tree. The child was not injured.

Minnesota health officials say a Twin Cities adult has contracted the state’s first presumed case of monkeypox, a disease that has emerged in more than 50 countries and 26 U.S. states. The state public health lab identified the infection, a case which has been forwarded to the Centers for Disease Control and Prevention for confirmation. The person identified with the disease in Minnesota is receiving outpatient treatment for the infection that likely was contracted during overseas travel, according to health officials.

The skies over a scattering of Western U.S. cities will stay dark for the third consecutive Fourth of July as some big fireworks displays are canceled again, this time for pandemic-related supply chain or staffing problems, or fire concerns amid dry weather. The city of Phoenix cited supply chain issues in canceling its three major Independence Day fireworks shows this year. The northern Arizona city of Flagstaff is replacing fireworks with a laser light show. Some cities in California and Colorado are also nixing the once traditional fireworks shows for their July 4 celebrations. 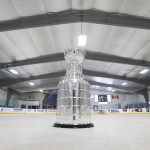