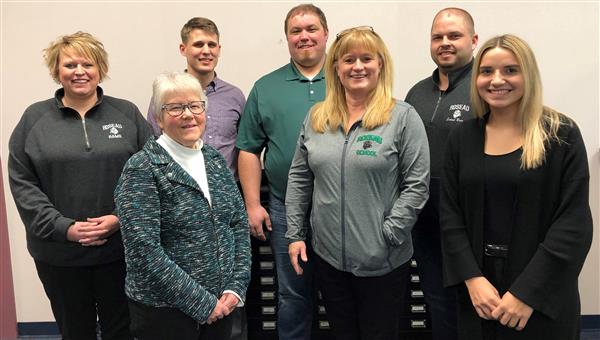 CONDITIONS TO OUR SOUTH REMAINED WICKED YESTERDAY WITH CONTINUED BLIZZARD LIKE CONDITIONS. YESTERDAY MORNING, A PILE UP OF 15 VEHICLES OCCURRED ON I-94 WEST OF FARGO, FORCING A CLOSURE FROM WEST FARGO TO CASSELTON. SIX WERE SENT TO THE HOSPITAL WITH INJURIES, ONE OF THEM SERIOUS, BUT NOT LIFE-THREATENING.

A STORY IN THE GRAND FORKS HERALD LOOKS AT THE STATE OF HEALTHCARE IN RURAL MINNESOTA, AND THE TALLY THAT THE PANDEMIC CONTINUES TO HAVE ON STAFF. BY ONE ESTIMATE, NEARLY 20% OF HEALTH CARE WORKERS HAVE LEFT THE FIELD SINCE THE START OF THE PANDEMIC.

A $5,000 GRANT WAS AWARDED TO THE RIVERBEND SKATE PATH IN WARROAD BY FARMER’S UNION OIL COMPANY OF WARROAD AND CENEX. THE MONEY WILL GO TOWARDS CONTINUED CARE OF THE PATH.

ROSEAU’S RUBY OSWEILER HAS ADVANCED IN THE SCRIPP’S NATIONAL SPELLING, HAVING NOW REACHED THE MULTI-REGIONAL SPELLING BEE THAT IS TAKING PLACE TODAY IN FERGUS FALLS. JUST CONTESTANT WILL ADVANCE FROM THAT EVENT.

THIS WEEK IS SCHOOL BOARD RECOGNITION WEEK IN MINNESOTA. SCHOOL BOARDS WORK TO CREATE A SAFE, ORDERLY CLIMATE WHERE STUDENTS CAN LEARN, AND TEACHERS TEACH WHILE FOCUSING THEIR ATTENTION ON CONTINUED IMPROVEMENT.

AN ANNUAL GRASS SEED RESEARCH MEETING IS THIS THURSDAY AT GENES IN ROSEAU FROM 8:30-1:00.

THE ROSEAU CIVIC AND COMMERCE HAS ORGANIZED A WINTER FEST, WITH VARIOUS ACTIVITIES THAT RUN FROM THURSDAY THROUGH SUNDAY. SOME OF THOSE INCLUDE HOCKEY, A VENDOR SHOW, A LOVE TO READ EVENT FOR KIDS, CROSS COUNTRY SKI TRAILS AT OAKCREST GOLF COURSE, A PUB CRAWL, PANCAKE BREAKFAST AND MUCH MORE.

A MASS OF CHRISTIAN BURIAL FOR JEFF BENNETT OF ROSEAU WILL BE HELD AT SACRED HEART CATHOLIC CHURCH IN ROSEAU ON MONDAY, FEBRUARY 28TH (10:30 AM) WITH VISITATION AN HOUR PRIOR. VISITATION WILL ALSO BE SUNDAY (5-7 PM) WITH A 7:00 PRAYER SERVICE AT HELGESON FUNERAL HOME IN ROSEAU. INTERMENT WILL BE HELD AT ST. PHILLIPS CEMETERY IN ROSEAU. JEFF WAS 59.

The federal trial of three former Minneapolis police officers charged with violating George Floyd’s civil rights is headed to closing arguments. The judge and attorneys have indicated closing arguments could take almost the whole day Tuesday. The jury will get instructions from the judge before deliberations begin.

Police in St. Paul say one person was killed and three others were injured, one critically, in a shooting outside a funeral home on the city’s west side. The incident outside the Simple Traditions by Bradshaw Funeral Home happened about 11:20 a.m. Monday involved a barrage of gunshots and left a 28-year-old man dead. The funeral was for a man who was shot and killed in St. Paul on Feb. 1.

The Minnesota State Patrol says a central Wisconsin woman has died in a crash with a wrong-way drunken driver in Winona. Twenty-year-old Hannah Goman, a Winona State University student from Stevens Point, was killed in the crash early Saturday. The patrol says Goman was a passenger in a car that was struck by a pickup truck going the wrong way on Highway 61. A crash report says the pickup driver is being held in the Winona County jail. 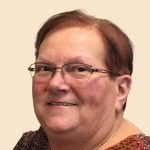