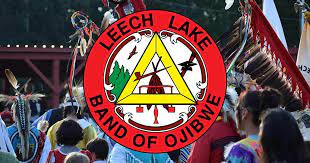 The federal government will soon return nearly 12,000 acres of land in northern Minnesota it wrongfully took from the Leech Lake Band of Ojibwe decades ago. The federal Bureau of Indian Affairs thought it had the power to sell tribal tracts without the consent of the majority of the owners, a misinterpretation of an Interior Department order back in 1948. Tribal District 3 Representative LeRoy Staples Fairbanks III said he asked his staff to begin looking into the issue in 2012 after hearing from community members for many years. Then-President Donald Trump signed legislation in December 2020 allowing for the return of the land.

Thomas Lane, A former Minneapolis police officer, has pleaded guilty to a state charge of aiding and abetting second-degree manslaughter in the death of George Floyd. As part of Wednesday’s plea deal, a count of aiding and abetting second-degree unintentional murder against Thomas Lane will be dismissed. Lane and prosecutors have agreed to a recommended sentence of three years, which is below state sentencing guidelines.

THE UNIVERSITY OF NORTH DAKOTA HAS SIGNED A DEAL WITH FRONTIER AIRLINES FOR PILOT TRAINING AND CREATING A JOB PIPELINE. THOSE WHO ARE SELECTED WILL HAVE OPPORTUNITIES TO INTERVIEW WITH FRONTIER PRIOR TO GRADUATION, AND AFTER TRAINING WITH FRONTIER, WILL RETURN TO SCHOOL TO SERVE AS FLIGHT INSTRUCTORS, BEFORE THEN RETURNING TO RESUME THEIR CAREER WITH FRONTIER.

GOVERNOR WALZ AND LT. GOVERNOR FLANAGAN WILL BE HOSTING A ROUND TABLE DISCUSSION WITH THOSE FROM ALL AREAS OF MINNESOTA TODAY TO DISCUSS THE BABY FORMULA SHORTAGE TO HEAR DIRECTLY HOW MINNESOTANS ARE BEING AFFECTED AND COPING WITH THE CRISIS.

IT LOOKS AS THOUGH ALL MINNESOTA STATE COLLEGE AND UNIVERSITY CAMPUSES WILL BE RAISING THEIR TUITION RATES FOR NEXT FALL BY MAXIMUM AMOUNT ALLOWED BY LEGISLATURE, 3.5%. THAT FIGURE MATCHES WHAT WAS PROPOSED BY THE UNIVERSITY OF MINNESOTA FOR THE TWIN CITIES AND ROCHESTER CAMPUSES. HOUSING AND MEAL PLANS ARE EXPECTED TO GO UP BY 3.7%.

WITH ANOTHER OPEN WATER FISHING SEASON UNDERWAY, DNR OFFICIALS IN BOTH MINNESOTA AND NORTH DAKOTA ARE AGAIN REMINDING BOATERS OF THE PROBLEMS OF INVASIVE AQUATIC SPECIES. THE DNR WEBSITE CAN OFFER TIPS ON HELPING TO STOP THE SPREAD.

WARROAD EAGLES WILL HOST A BENEFIT FOR CONNER SAMSON ON MAY 22 FROM 11:00-2:00. CONNER WAS DIAGNOSED WITH MUSCULAR DISTROPHY AT THE AGE OF ONE, AND CONTINUES WITH REGULAR TREATMENTS IN FARGO. THE BENEFIT WILL FEATURE A MEATBALL AND MASHED POTATO DINNER, WITH VARIOUS RAFFLES INCLUDING A MEAT AND GUN RAFFLE. ALL PROCEED WILL HELP WITH TRAVEL AND MEDICAL EXPENSES.