CROOKSTON HIGH SCHOOL WAS PUT INTO A SOFT LOCK DOWN FOR A PORTION OF YESTERDAY MORNING AS THE STAFF DEALT WITH A BEHAVIORAL ISSUE. THE LOCK DOWN WAS NOT DUE TO A SAFETY THREAT TO OTHER STUDENTS, BUT RATHER MEANT TO PROTECT THE STUDENT AT THE SOURCE OF THE INCIDENT. THE ADMINISTRATION SAID THAT POLICE PRESENCE WAS ONLY A PRECAUTION.

THE UPCOMING ROSEAU-WARROAD HOCKEY GAME AT GARDENS ARENA ON JANUARY 25 WILL ALSO SERVE AS A FUNDRAISER FOR DRYDEN THOMPSON, WHO WAS DIAGNOSED WITH WEST NILE VIRUS IN AUGUST AND IS CURRENTLY FIGHTING THAT AT A DENVER HOSPITAL. A STORY WRITTEN BY LAUREL LATHAM ABOUT DRYDEN WAS IN THIS PAST WEEK’S ROSEAU TIMES REGION.

A BENEFIT FOR ROSEAU’S JEFF BENNETT WILL BE FEBRUARY 3 AT THE ROSEAU CITY CENTER, WITH A MEATBALL SUPPER AND OTHER FUNDRAISING ACTIVITIES. JEFF IS BATTLING STAGE 4 PANCREATIC CANCER.

VOTING OPENED YESTERDAY TO HELP NAME A MNDOT SNOWPLOW. THROUGH JANUARY 26, A PERSON CAN VOTE FOR THEIR TOP 8 OF THE 50 SUGGESTIONS THAT WERE SUBMITTED BY THE PUBLIC.

Jury selection is scheduled to begin in the federal case against three former Minneapolis police officers who were with Derek Chauvin when he pinned George Floyd to the street. J. Kueng, Thomas Lane and Tou Thao are charged with depriving Floyd of his constitutional rights while acting under government authority. Legal experts say the federal case will be more complicated than a pending state case against the officers, because prosecutors will have the difficult task of proving the men willfully did not take action.

Minnesota’s top law enforcement official has filed suit against two Illinois-based companies over the results of COVID-19 tests he says were often slow to arrive and not accurate. Attorney General Keith Ellison is seeking an injunction and financial penalties against Center for Covid Control and Doctors Clinical Laboratory. Their tests were offered at eight sites in Minnesota. The complaint alleges people failed to get timely results or any at all. Others said they received results for tests they didn’t take. Ellison says deceptive practices during a pandemic won’t go unanswered. 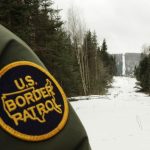