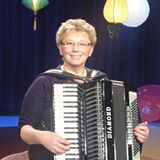 THE CATHY ERICKSON BAND OUT OF MIDDLE RIVER WILL BE FEATURED ON “SMALL TOWN, BIG DEAL” THIS WEEKEND AND NEXT WEDNESDAY, FEATURING CLIPS FROM A STOP IN MAYVILLE, NORTH DAKOTA LAST SEPTEMBER. YOU MAY HAVE CAUGHT TEH CATHY ERICKSON BAND AT THE COUNTY FAIR, GAZEBO CONCERTS, OR MANY OTHER STOPS ACROSS THE REGION.

THE BORDER CROSSING AT EMERSON HAS BEEN CLEARED OF PROTESTERS AND TRAFFIC FLOW RESTORED. DURING THE WEEK LONG PROTEST, NO CITATIONS WERE ISSUED AND NO ARRESTS WERE MADE.

A FIREARMS SAFETY CLASS WILL BE OFFERED IN ROSEAU, BEGINNING MARCH 7. THE CLASSES WILL BE HELD MONDAY AND TUESDAY EVENINGS AT THE ROSEAU CITY CENTER FOR THREE CONSECUTIVE WEEKS. THOSE TAKING THE CLASS DO NEED TO BE 11 YEARS OF AGE OR OLDER. YOU MUST PRE-REGISTER BY FEBRUARY 28TH, YOU CAN DO SO AT COAST TRUE VALUE IN ROSEAU.

REPRESENTATIVE MICHELLE FISHBACH, REPRESENTING MINNESOTA’S SEVENTH CONGRESSIONAL DISTRICT, ANNOUNCED THAT SHE WILL RUN FOR REELECTION. SO FAR, THREE DEMOCRATS HAVE ANNOUNCED A RUN, ALONG WITH ONE LIBERTARIAN.

A PARENT MEETING FOR THOSE WITH A STUDENT THAT MAY WANT TO PARTICIPATE ON THE ROSEAU HIGH SCHOOL CLAY TARGET TEAM WILL BE HELD FEBRUARY 22 AT 6 PM IN THE SCHOOL THEATER. SCOTT KOKAL CAN ANSWER ANY QUESTIONS AT 218-689-1756.

Minnesota farmers and ranchers hit hardest by historic drought conditions in 2021 could see additional state aid under a proposal advanced Wednesday, Feb. 16, in a legislative committee.
The Minnesota House Agriculture Finance and Policy Committee voted unanimously to approve a roughly $10 million plan aimed at creating grants and loans for producers in the areas of the state that experienced the most severe impact of dry conditions.

Schools and bus companies across Minnesota have been given $3.5 million in grant money to outfit school buses with stop-arm cameras. The Minnesota Legislature has awarded the grants to 32 schools and bus companies to purchase and install the cameras, as well as buy supporting software programs. According to the state Department of Transportation, Minnesota was seeing more than 1,000 stop-arm violations a year before the coronavirus hit and altered busing schedules. Adding the cameras will lead law enforcement to the violators.

Minnesota Senate Republicans introduced a “Parents Bill of Rights” legislative package on Monday they say would empower parents by giving them more access to curriculum at their children’s schools. The bills would require access to class syllabi for parents within the first two weeks of the start of classes and provide all instruction materials without cost to parents who request them for review, among others. Teachers are concerned the requirements would mandate more duties for an already exhausted workforce and create an opening for future censorship and book bans to prevent teachings on topics like race and gender.

Minnesota prosecutors have apparently backed away from their pursuit of a longer-than-usual sentence for the suburban Minneapolis police officer who said she confused her handgun for her Taser when she killed Daunte Wright, a 20-year-old Black motorist. Kim Potter is scheduled to be sentenced Friday following her December conviction of first-degree manslaughter. In a court filing this week, prosecutors said a sentence of just more than seven years — which is the presumed penalty under state guidelines — would be proper.

Another push for sports betting legislation appears to be gaining momentum as Minnesota lawmakers on Wednesday announced a bipartisan legalization effort. Past attempts have failed to get much support in the Legislature and among the state’s tribes. Republican and Democratic lawmakers in both chambers have a renewed interest in legalizing sports gambling statewide. Thirty states and Washington, D.C., offer sports gambling and another three states have legalized it but aren’t yet operational. 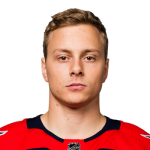 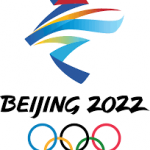