THREE WINNERS WERE CHOSEN AT THE ROSEAU COUNTY FAIR PARADE FOR THEIR FLOAT IDEAS. EACH WON A PRIZE OF ROSEAU DOUGH.
FIRST PRIZE WENT TO THE POLAR RAMS OF THE ROSEAU FIRST ROBOTICS TEAM 2654. SECOND PLACE TO MALUNG COMMUNITY CENTER, WITH THIRD PLACE GOING TO THE ROSEAU RAMS WRESTLING CLUB FOR THEIR “FIGHT LIKE A GIRL” FLOAT.

THE OTTERTAIL POWER COMPANY HAS A POWER OUTAGE PLANNED FOR NEXT TUESDAY THAT WILL AFFECT THE CITY OF BADGER. IT’S SCHEDULED TO BEGIN AT 9 AM AND WILL LAST ANYWHERE FROM 4-6 HOURS.

TOMORROW IS THE DEADLINE TO HAVE APPLIED FOR “HERO PAY” CHECKS IN MINNESOTA. THOSE AGAIN ARE CHECKS THAT WILL GO OUT TO ANY NUMBER OF WORKERS THAT STAYED ON THROUGH THE COURSE OF THE PANDEMIC FROM A NUMBER OF DIFFERENT WORK SECTORS, ESPECIALLY THOSE WHO FACED INCREASED RISK BY DOING SO. AS OF WEDNESDAY, OFFICIALS SAID OVER 1 MILLION PEOPLE HAVE APPLIED, AND THOSE WILL BE NOTIFIED BY MID-AUGUST IF THEY WERE APPROVED. THOSE TURNED DOWN WOULD HAVE A 15 DAY WINDOW TO APPEAL. THEY HAD ESTIMATED THAT 667,000 WORKERS WOULD APPLY MEANING CHECKS WOULD BE IN THE NEIGHBORHOOD OF $750. IF EVERYONE WERE TO BE APPROVED THAT HAS APPLIED NOW, CHECKS WOULD ONLY BE CLOSER TO $465. IT’S A $500 MILLION TOTAL POOL.

THE TUESDAY STORMS THAT MOVED ACROSS NORTHWEST MINNESOTA DROPPED NEARLY 5 INCHES OF RAIN ON SOME LOCATIONS. THERE WERE REPORTS FROM LANCASTER, IN KITTSON COUNTY, OF 4.5 INCHES.

A RECENT STUDY SHOWS THAT DURING PEAK CONSTRUCTION IN 2021, ENBRIDGE LINE 3 GENERATED BILLIONS OF DOLLARS OF ECONOMIC IMPACT, REACH OVER 14,400 JOBS AND SURPASSED OVERALL ECONOMIC PROJECTIONS. THE STUDY WAS COMMISSIONED BY THE AREA PARTNERSHIP FOR ECONOMIC EXPANSION. THE STUDY WAS NOT MEANT AS A JUSTIFICATION FOR ANY SOCIAL OR ENVIRONMENTAL IMPACTS OF THE PROJECT.

Randy Eugene Sandstrom of Roseau, MN passed away peacefully at his home on February 22, 2022 at the age of 69.
To honor Randy’s love of his home and his frequent statement of “If they want to see me, they will have to come here”, a gathering and Celebration of Life will be held at his residence in Malung on Saturday, July 23rd at 1 p.m.. The address is 40989 County Road 2, Roseau.

A Funeral Service for Evelyn Berry will be held on Saturday, July 23rd at The Warroad Union Church at 10:00am with a visitation an hour prior. Interment will be at Riverside Cemetery in Warroad.
Evelyn was 94. 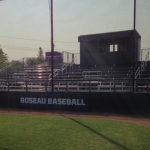